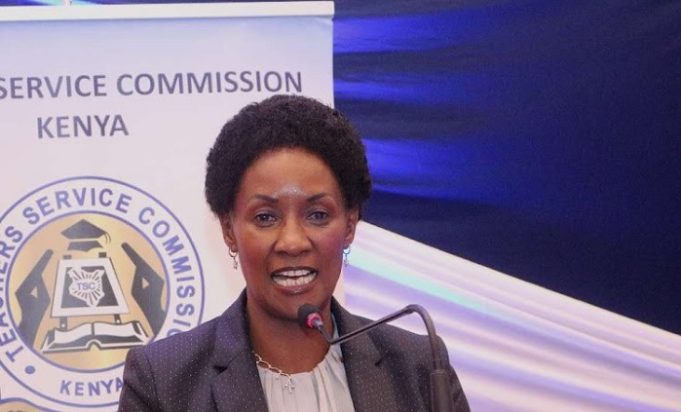 The teachers’ employer has revealed plans to promote more than 15,552 teachers after the students complete their national exams.

“Immediately after exams come to an end, we shall advertise and start the process of promoting the teachers to different grades,” Macharia said.

The slots available for promotion are 15,522 and will cost the government Sh1.4 billion.

Macharia clarified that the vacant positions were caused by natural attrition.

The MPs had questioned why most teachers have been in the same job group for more than ten years.

The committee chair Julius Melly inquired how much it would cost TSC to promote teachers.

“There is an outcry that promotion is based on nepotism and other corruption matters. And this seems to be affecting most teachers who have been serving in the same position” Melly said.

Macharia responded by saying the promotions are always based on merit and subject to availability.

She added that the commission already has the Sh1.4billion to spend on promotion.