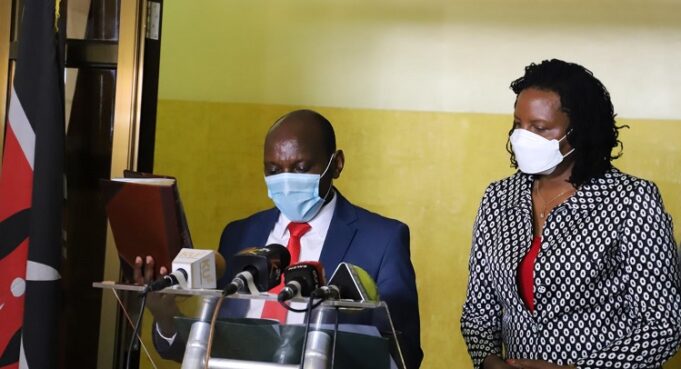 17,000 Primary School Teachers To Be Promoted To Junior Secondary

17,000 Primary school teachers will be deployed to teach junior secondary school (JSS) wen grade 7 rolls out in January and all of them will be promoted.

The said teachers will be added to the 30,550 new recruits that the government will hire to teach junior high schools, which will be domiciled in primary schools.

This latest move will be a relief to thousands of teachers in lower job groups, but who have acquired diploma and degree qualifications, which are the minimum requirements to teach in JSS.

“We’re currently mapping those teachers and shortly, we’ll get the numbers right,” said Calvin Anyuor, the director of legal and industrial relations at the Teachers Service Commission (TSC). He was representing the CEO of the commission, Ms Nancy Macharia when the commissioners appeared before the Education and Research committee of the National Assembly to give information on the promotion of teachers.

The commission has been accused of failing to promote some teachers even though they have the necessary qualifications. Some of the teachers have been in acting capacities for a long time without promotion while others retired before they could be promoted.

All Teachers in Acting Positions to Be Given Priority During Promotion

All Set For Release of 2022 KCPE Results

Last week, Macharia also appeared before the commission on the same matter and the controversial delocalisation policy.

Teachers’ unions have previously put the number of teachers due for a promotion at about 17,000.

Anyuor added that some teachers who hold qualifications to teach junior secondary might be unwilling to be deployed there because they hold administrative positions such as headteachers.

The chair of the committee, Paul Melly, asked the commission to map out the staff needs for junior high throughout the country, and the teachers who will be promoted from primary schools and present the data to the committee. The chair of the TSC, Dr Jamleck Muturi, said that the mapping started in September.

“We’re progressively mapping out and looking at natural attrition because there are those who are already qualified but by end of this month, they’ll retire,” he said.

TSC estimates that about 15,000 teachers will exit the service through natural attrition and the vacancies will be advertised.