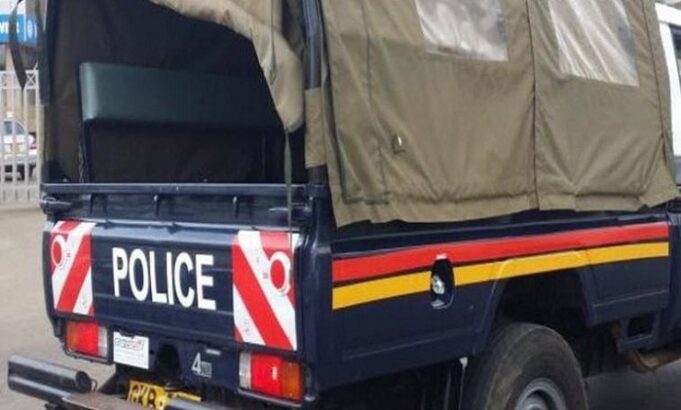 Police officers in Nyeri county have arrested an 18-year-old boy for straying into a girls’ school.

The boy, who is a student at Gatugi Day secondary school, was dressed in the girls’ school uniform from head to toe and joined the girls.

The culprit revealed to the officers that he had been invited over by his girlfriend for some business, though he never specified the nature and duration of the business.

Upon a thorough search though, three condoms, a mobile phone and a lighter were found stuffed on his chest with pieces of clothing, to create a false impression of a female bosom.

According to one of the girls, the boy had joined them as they walked to their dormitories from their evening preps, minutes past 10pm.

The girls however raised an alarm after the restless young man tried to inquire the whereabouts of his girlfriend from one of the girls in the group.

The unfamiliarity and husk in the voice made the girl suspicious, prompting her to have a closer look at the person making the inquiry.

According to the DCI, the girl then “realised that the fool with a broad chest and hairy chin was a man dressed in their school uniform”.

“She immediately started screaming prompting a cacophony of screams from the other girls, as they fled to different directions in bewilderment, almost causing a stampede,” the DCI tweeted on Tuesday.

The school guard who heard the loud screams and scuffles as the scared girls scampered for dear life rushed towards the dormitories to find out what was happening.

“On his way, he encounter a young man who had pulled his skirt above his knees gathering it in a single knot which he held with the left hand, as he sped off,” the police said.

The guard immediately went after him and just before the young lad jumped over the school perimeter and pounced on his shoulders, pinning him down on the ground.

The principal alerted police who later came and put him into custody as they launched investigation into his ‘mission’.