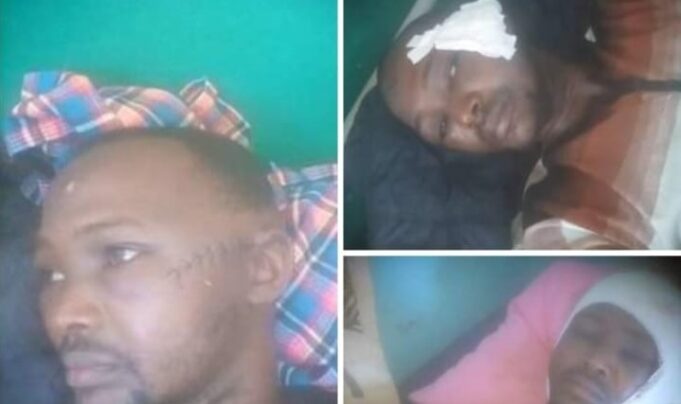 The incident, which occurred on Friday morning, attracted members of illaut village, who swarmed the scene to witness, but left speechless.

Eye witnesses who were present at the start of the incident claim the teacher did not offend the deputy headteacher, and if he did, it was in the past, and probably the accused was taking revenge.

“Alikuwa anatembea pekee yake ghafla akaja naibu wa mwalimu mkuu kutoka nyuma, akashuka kwa baiskeli akaanza kumakatakata. (He was walking alone then the deputy came from behind, stopped hid bicycle and began chopping him with a machete,” Narrated one of the area residents who was in his nearby farm at the time of the incident.

Diploma In Primary Teacher Education To start In June, as MOE Plans an Upgrade For All P1 Teachers

Information has it that the deputy head teacher, who happens to be a resident from that area, had issues with non-local teachers.

“It is unethical, unprofessional, primitive and uncouth for a calibre of a trained Teacher to think and actually attack his colleague. Tsc should deal with the perpetrator according to the Law,” said a nonresident teacher from the same school

The teacher was rushed to Baragoi sub county Hospital where he is nursing injuries. The deputy head teacher, who was tightly held by the area residents, was taken to the Baragoi police station.