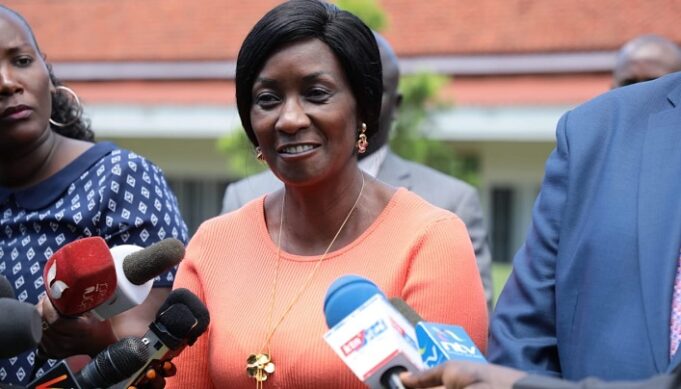 A senator has tasked the standing committee of education to produce the list of promoted teachers in the recently ended TSC promotion interviews.

According to Bomet county senator Christopher Lang‘at, the recent promotions by the teachers service commission were irregular and unfair.

“I rise, pursuant to standing order 48(1) to seek a statement from the standing committee on education on the irregular promotion of teachers by the teachers’ service commission,” reads his request in part.

Lang’at wants both parties to provide a country wide list of all teachers who have been promoted in the just concluded interviews.

He has also tasked the committee on education whether there is a policy guideline on demotion of teachers who have served in acting capacity for long.

The interviews were conducted in February with a special one for diploma teachers only being conducted in May. The results for the February interviews have been released but most teachers have complained about the unfair marking scheme and the procedures which were used.