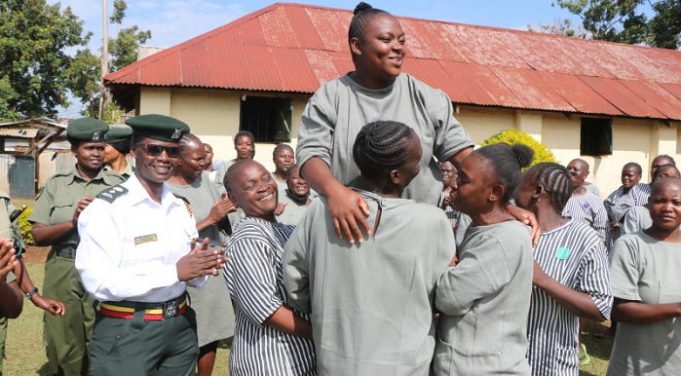 Amelia Jacobeth Liabule who emerged top prison Kenya Certificate of Primary Education (KCPE) candidate in the country could have lied about her education level.

Fresh details reveal that Liabule from Kakamega GK Women’s main prison is a graduate of Egerton University and had enrolled for a Master’s Degree when she was arrested and charged with killing her mother.

Early Learning and Basic Education Principal Secretary Jwani Julius said he would need to read the story first, understand it and consult the Ministry’s legal officer before committing on how to deal with the inmate.

Evidence from sources who know Jacobeth shows that she was a student at the university in 2009, where she was pursuing an Environmental Science degree.

You Can Download KCPE 2021 Result Slip from Today-See Procedure

KNEC KCPE Standardization 2021: How Each KCPE 2021 Exam Was Standardized

Her admission number was N12/50100/09 as captured in the attachment logbook. She had earlier sat her KCSE in 2007 at Eregi girls secondary school where she performed well

Liabule who scored 402 marks had earlier misled the media at Kakamega Women’s Prison that she dropped from Eregi Girls’ High school in Form Three.

“It hit me so bad that she was saying she is a Form Three dropout, that was so unfortunate,” says Tabitha Indoshi her elder sister. “My kid sister graduated with an undergraduate degree in Environmental Science from Egerton University in 2013.”

Indoshi revealed that she never attended the graduation but most of her family members did and after Ms Liabule was done with the first degree, she enrolled for a second at Kenyatta University.

“I remember welcoming her as a fresher when I was in the Third Year, we were in the same primary school and I had to show her the ropes as a village mate lest she got misled,” he says. “She should learn to speak the truth about her education.”

Doreen Anabaka, the Kakamega Women’s Prison in-charge, says she was also taken aback by the revelation that Liabule was pursuing a Masters degree.

“Ours is not to investigate but just to keep the inmates in a good environment, rectify their behavior and produce them in court. Many give scanty information about their education age and everything,” she says.

“So, when she told us she wanted to learn we gave her the opportunity but it turns out she gave some misleading information.”