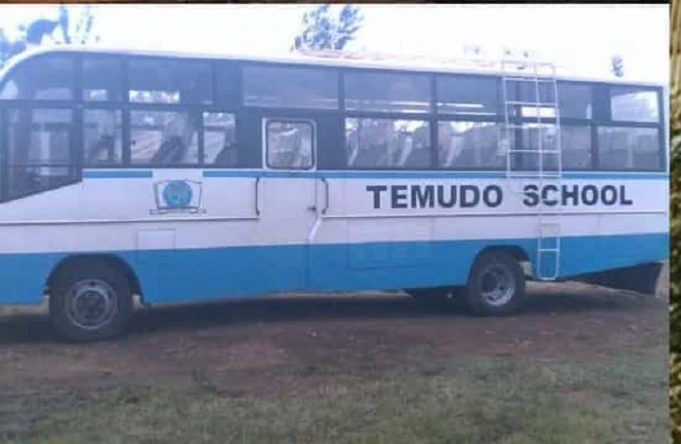 A 16th February incident in Kisumu County left parents questioning the safety of their children in school buses. This is after a pupil of Temudo Primary school in Kisumu County lost his left hand to what partly seemed like negligence on the side of the adults who were inside the bus and partly an accident.

According to an eye witness who sought anonymity due to the weight of the matter, the pupil’s left hand got cut into two pieces and literally fell proximal to where she was standing.

“The most traumatic thing I have seen in recent times. The boy’s left hand got cut into two pieces and literally fell as close to where I was standing to give way to the bus,” narrated the traumatised eye witness.

The worst part of the incident is that neither the driver nor the teachers noticed that one of the pupil had lost his hand, despite the cries of the victim.

The eye witness had to run after the bus to alert the driver and the teachers, all whom were occupying the front seats, unaware of the tragedy that had befallen the poor child.

The incident, which happened at the gate of former Nyakach Mp Ochieng Daima, left Kisumu residents and Temudo primary school pupils in trauma.

“My sister goes to the same school and was in the same bus… She came back feeling very traumatized and saying she doesn’t want to be in school tomorrow,” narrated one of the residents.

Apparently, the bus went so close to the wall of Daima’s gate and the boy’s left hand was outside the window. That’s how it got cut

The boy, whose father was identified as Tyrus Odondi, was rushed to avenue hospital, where he is receiving treatment. Those who saw him yesterday morning reported that he is in a stable condition but so weak.