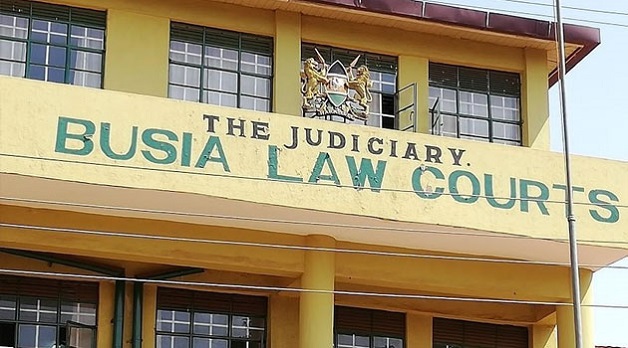 A Busia court has given an assistant chief a jail term of 115 years for arson.

Ong’aroi assistant chief, Andrew Odata was found guilty of incitement, leading to arson. This left the residents of Okame location in Teso South sub-county in shock.

Mr. Odata was arrested on 13th June 2016. The prosecuted incited villagers of kamora village to raze the homestead of Mr. Francis Ong’amo. The reason for setting the latter’s homestead on fire was that he murdered his younger brother on June 6 2016 through witchcraft.

Since then, the petitioner’s family has been camping at the Kenya Medical Research Institute, Alupe.

The administrator was arrested together with 10 other people, who were later found innocent and released.

Apart from setting houses on fire, they were also charged with alleged razing of a church and wanton destruction of property.

Upon denying the charges, the accused were released on bond not exceeding ksh. 2M, pending a hearing on 4th November 2020.

Senior Principal Magistrate Patrick Olengo released the 10 on grounds of lack of evidence.

“I am convinced that the prosecution proved its case against the first accused beyond reasonable doubt,” Mr. Olengo said.

Read also: Which Teacher Has Ever Been Humiliated By MINET Hospitals? TSC Asks Nyamunga

“I find Andrew Odata guilty of counts one to five and hereby convict him,” he said.

I Have School Going Children

The assistant chief expressed his remorse and pleaded with the court to grant him freedom since he has six school-going children.

“The offence carries a life imprisonment. The victims of the crime have not gone back to their home. The residents relied on the assistant chief for their security but he betrayed them by deciding to take sides in a dispute,” Mr. Olengo tackled.

“I hereby sentence him to 23 years’ imprisonment on each of the five counts.”

The family of the assistant chief grieved in protest as the aggrieved people pled with the government for immediate resettle.

The 35 -member family at Alupe blamed their misfortune on a land dispute that has existed for a very long time.

“We had converged for my brother’s funeral when the assistant chief, who happens to be a relative, said I was responsible for the death,” Mr. Ong’amo explained to the court.

“The statement surprised mourners. Everybody began talking in low tones,” added furious Ong’amo. The next thing he saw was a mob raiding their home on the night of 12th June 2016 and burning down all the houses in the homestead and the family church.

They reported the incident to Adungosi police station, leading to consequential arrest of Odata, among ten others.