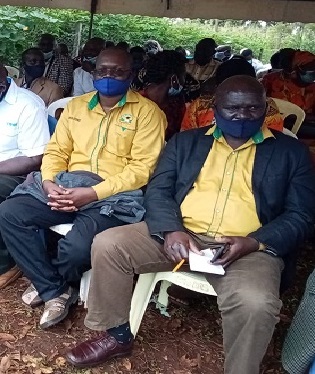 Vihiga KUPPET elections have attracted three groups so far. The incumbent led by the Executive Secretary Mr. Nebert Isambe are only scared with one vibrant team commonly known as Team Sabala.  The team has experienced many problems emanating from the current office as they continue with campaigns across the county.  After failing to initiate transfer of some contestants away from Vihiga County, the KUPPET officials have embarked on blackmail succeeding on two instances.

Sabala’s team blocked to carry out school visits.
The Incumbent paid a visit to the county education office to stop their counterparts to hold school visits due to covid-19 pandemic regulations. The Team Sabala contestants are currently monitored not to miss attending duties in their respective schools. The education officers from both the county and subcounty offices have so far been visiting these schools to ascertain their presence. On the other hand the incumbent have intensified school visits atleast three schools a day. That’s a big win for the current office. All schools they have managed to visit, the TSC teachers received Tshirts and sh. 2000 shared by all.

Stopping Manifesto Launched by Team Sabala.
The most published manifesto launch was stopped by police on 14th November, 2020 before the ceremony began. The police had clear instructions to arrest the Team Sabala contestants. According to the Covid-19 health protocols, meetings should be held in social halls with sanitizers present and social distancing observed. Also the government raised the numbers from 100 initially to 200 currently. The team members and supporters who had arrived early were all arrested and put in custody at Mbale police station.  The supporters were released without conditions but contestants left after paying the cash bail. “We informed the police about the meeting and adhered to all health protocols, thus the arrest was unwarranted,” an official said.  “So far no one has ever been arrested in Kenya since the start of Covid-19 period for holding even an illegal meeting. Instead the police usually instruct them to disperse or use teargas if they resist,” he added.  Sources informed Elimu.pedia that KUPPET officials used a senior security officer within the county to stop the meeting. Over 15 meetings were going on across Mbale town at the same time without disruption.

Election Date
So far Mr. Isambe is yet to pick the date for elections yet all other secretaries have done so as directed by the national KUPPET office.  The national office has scheduled the elections to commence on 4th January 2021 to late February. Efforts to seek information from Mr. Isambe to clarify why he has not picked the election date were in vain. But our reliable sources reveal that he’s not comfortable to set Chavakali or Mbale schools as polling stations. The reason behind is that many voters might turn up especially from Emuhaya and Luanda where his team doesn’t have a representative, something that will be counterproductive. One official revealed that the Executive Secretary is considering Kaimosi Boys high school as possible polling station to scare off teachers from the said areas. Let’s wait to see how events will unfold now that the incumbent team has managed to block the new entrants from visiting schools and even a single day manifesto launch event.