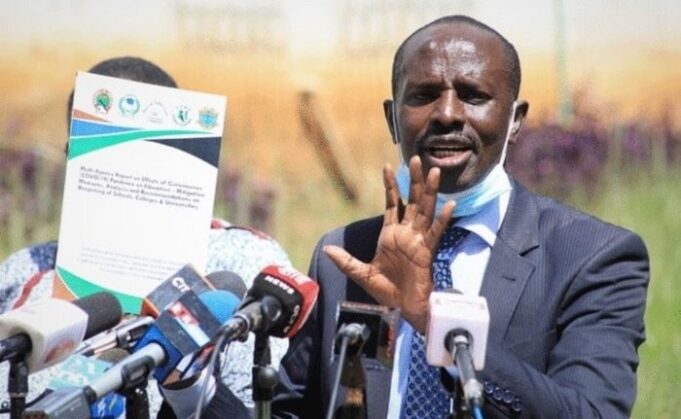 The Kenya National Union Of Teachers secretary general Wilson Sossion, has said that the government should ensure that All the masks that have been hoarded at KEMSA in Nairobi are redistributed and availed to children in schools. The secretary general, who was speaking during an interview with KTN newsroom, said it is so unfair that the government is planning to procure masks to schools upon reopening yet several masks have been hoarded by KEMSA at its headquarters in Nairobi.

This comes at time when KEMSA is facing several corruption scandals and misappropriation of public funds. Sossion said that if KEMSA avails the hoarded masks, then at least the government will channel the mask funds to other areas or children will have adequate masks, to enhance smooth learning throughout the term.

The government will not enforce Social distancing when schools reopen fully: Education CAS

The legislator also expressed concerns over the safety of teachers, who are already in school with the candidate classes and grade four learners. He said that the rate at which teachers are dying since schools were reopened partially is alarming. Despite that high risk of infection and eventual death, teachers are still loyally offering their services to the Kenyan children.

“From the data we have received, we’ve had 42 teachers dying. That should compel us to reflect more deeply about the safety of teachers,” said Mr. Sossion.

Mr. Sossion urged the government to recognize teachers among the frontline soldiers during this covid-19 era, and award them through risk allowances as it does to healthcare workers.

“It has reached a time we must appreciate that teachers are the key frontline soldiers at the school level,” He Said.

For parents and learners, anxious days lie ahead, while for the government, reopening of schools remains a major headache if what occurred during the October partial reopening is anything to go by. Next