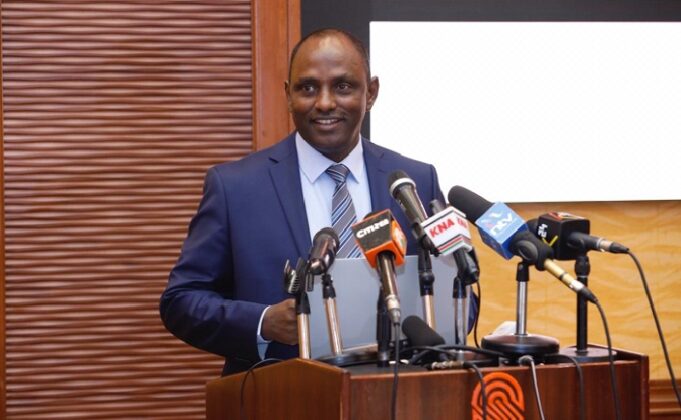 Treasury Cabinet secretary, Ukur Yatani has attributed next year’s general election, omong other excuses, as the main reason why the government won’t obey its july salary pledges to teachers and civil servants.

Teachers and civil servants, who had just received the final phase of their 2017-2021 CBA perks, were warming up for a charming salary increment in the 2021-2025 CBA, unaware of Yatani’s unethical intentions. Yatani, with neither guilt nor humanity, confidently wrote to the Salaries and Remuneration Commission (SRC), claiming that his ministry will not release the full amounts.

In the letter addressed to Anne Gitau, the Commission Secretary at SRC, Yatani argued that his ministry is suffering budgetary constraints due to the upcoming General Election and the adverse effects of the Covid-19 pandemic.

According to Yatani, 2022 elections will cost taxpayers a total of Sh42 billion. “We have already factored Sh10 billion in the Financial Year 2021-2022 ceilings for the preparatory activities and the balance will be factored in the next financial year,” said Yatani.

Additionally, Yatani said that the drop in taxes collected forced the Exchequer to set aside only Sh6.8 billion for national government workers in the upcoming budget, excluding county government workers. This translates to 10 per cent of the ksh. 68 billion meant for the four-year salary reviews. The remaining cash would be released in phases in the financial years 2022/23 and 2024/25.

However, labour union leaders attacked Yatani for using elections and Covid-19 as a reason to withhold their dues.

“The Government and employers should prepare for stiff resistance from unions. The economy was more than capable of accommodating Sh83 billion, with close to two-fifths of this meant for teachers,” said Wilson Sossion, Kenya National Union of Teachers, Knut Secretary General.

The National Treasury has projected that it will collect Sh1.76 trillion in taxes in the financial year beginning July even as it seeks to turbo-charge an economy that has been devastated by the pandemic.

“Further, due to the negative effects of Covid-19 on the economy we expect the economy and the projected slow recovery, revenue performance over the next two years,” said Yatani.