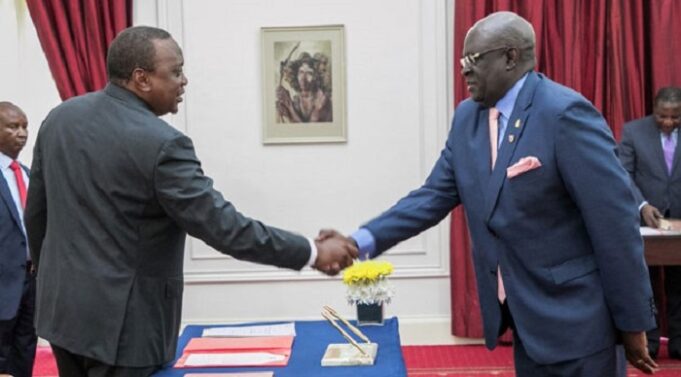 It has emerged that Parents will have to shoulder a huge part of the cost of implementing the new competency based curriculum.

A huge sum of money will be required to prepare basic, tertiary and university institutions in readiness for the anticipated transition of learners under the new 2-6-3-3-3 curriculum.

Construction of new classrooms, recruitment of additional teaching staff and training of existing ones to align with the new curriculum are some of the plans with the huge amount.

Findings of the CBC task force report reveal that, based on past education funding trends; the government and parents have been the major contributors to the education sector.

According to the report, donor funding and private sector contributions is not adequate to support full implementation of the new curriculum.The implication is that parents, who are the second largest contributors to education funding, will play a critical role in funding their children’s education under the new education system.

The task force also refers to the Kamunge Report (1988) that highlighted the practice of cost sharing in financing education sector between government and the communities, parents, religious and private organisations in operations.

“In implementing the cost-sharing strategy in the financing of education and training, the extent of sharing will vary from time to time and in each area of cost-sharing, depending on the performance of the national economy,” reads the report.

Presently, parents meet direct costs such as boarding and activity fees, uniforms, transportation and meals as government bears the full cost of tuition and infrastructure.

Parents are already bearing the burden of the CBC as new expectations of learners’ class activities that involve practical undertakings for homework are draining them financially.

Education stakeholders yesterday said that even under the current regime of inadequate donor-funding and private sector support, schools still rope in parents to support in expanding and improving institutions’ infrastructure.

The report recommends that in less than two years, the government must provide 1.5 million places in secondary schools to cater for anticipated double intake of learners, further putting pressure on funding that may be transferred to parents. It also requires the government to hire more teachers and train more staff to align with the CBC.

Sources within the task force have revealed that the cost of implementing the new curriculum will be huge, calling for enhanced government funding and exploring innovating financing options. Part of the innovative financing options will include bringing in parents to contribute more towards the education of their children.