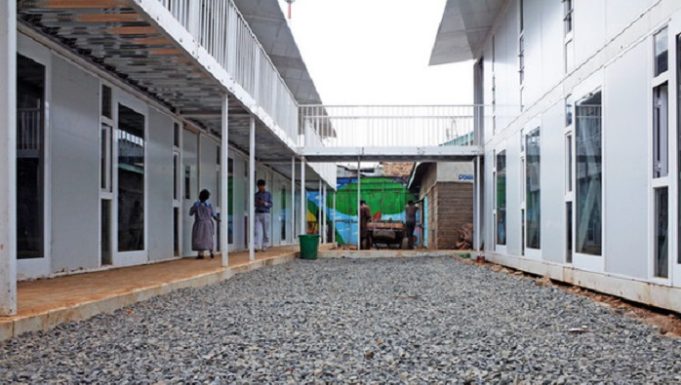 The Chinese community in Kenya has donated more than Sh6 million to improve the Mcedo Beijing Schools in Mathare informal settlement.

China donated Sh6,832,400 to improve the primary and secondary schools’ infrastructure, including construction of more classrooms and ablution facilities.

The funds were donated through the China Embassy in Kenya and the Kenya-China Economic and Trade Association.

China Ambassador to Kenya Zhou Pingjian said a good relationship between Kenya and China has enabled mutual benefits for the two countries.

“Your priorities are our priorities. This project is just one of the projects that China has partnered in along with its Kenyan counterparts,” Ambassador Pingjian said.

He added, “The Chinese Embassy and KCETA have constantly focused on the development of Mcedo Beijing School students.

“The items we are donating today are an expression of the Chinese community’s care and support for students from less fortunate backgrounds.”

“This donation will go a long way in improving our schools. Part of the cash has already been utilised in the construction currently underway,” the Ambassador said.

At least 1,554 students from Mcedo Primary School have completed high school since it opened in 2007.

“Out of those, 889 have gone to technical study colleges, while 111 graduated from universities,” Kiage said.

Mcedo Beijing School was set up in 2007 with the financial support of the China Embassy. In 2012, KCETA and its member companies raised Sh5,814,000 for the Phase 2 expansion  of the school with inadequate facilities and outdated equipment.

Kiage gave an overview of the development of the school. He said the population of both primary and secondary schools is 527.

He said 355 are in Primary school and 172 in Secondary. The construction of Mcedo Phase two saw the enrolment of even more pupils with more students in the last three years,” he said.

He said Mcedo Beijing caters to students beyond education. It provides a feeding programme aided by the World Food Programme.

It also promotes talent development through the Beijing Raiders’ football club through which some girls have gained entry into high schools and colleges through football scholarships.