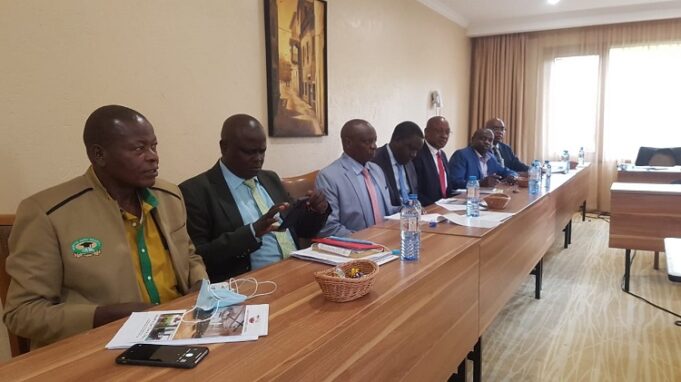 In an effort to improve the welfare of teachers in Kenya, KUPPET and TSC held a four day retreat at Naivasha’s Sawela hotel from 14th march- 18th march 2021. The two parties discussed a number of issues including 2021-2025 CBA, teacher’s medical service provider, and promotions among others. They arrived at the following conclusions.

New CBA To Give worth of a classroom teacher

There are up to 30 new roles of the classroom teacher, including classroom management and substantial financial management during outdoor activities like tours and sports.

In the new CBA, a teacher’s work will even be more complex.

The job reevaluation has resulted in the creation of new opening in C4 for senior master IV and senior lecturer IV for those in TTCs who lack administrative positions. At the moment, the commission has advertised 6680 vacancies for these carders as the first step towards institutionalizing C4 as a promotional grade for C3.

Under the CBC, the TTC tutors will be training teachers at the diploma level, hence, the repositioning of their roles. Administrators in TTCs, including deans and registrars will have a clear path with substantive appointments.

The career path for diploma teachers has been clarified. By the commencement of the 2016 CBA on 8th November 2017, more than half of teachers who had joined service at job group J had obtained BED and transited to the graduate schemes of service. Among those who had not, those who had served more than three years in one job group had been promoted to the next job group i.e. K or L under the common cadre promotions.

However, a small number of teachers, who had served in one job group for less than three years had their promotions, following the scrapping of one common cadre promotional level. Following the unions memorandums, the commission has advertised promotions specifically, to this group of teachers. We understand that the commission received fewer applicants than the number of vacancies declared.

The commission agreed that, except for specific provisions of their contract, all intern teachers will work under the same conditions as provided under the code of regulations for teachers. The intern teachers qualify for maternity leave of 90 working days with effect from the expected date of delivery, as do other teachers.

The union however demanded the introduction of a post graduate allowance for teachers who poses masters and PHD degrees, irrespective of their positions in service.

Redeployment of graduate teachers from primary

In readiness for the new CBC curriculum, the commission will promote 1000 graduate teachers who initially had P1 qualifications to secondary schools in the next financial year. By June 30, it shall have deployed 2000 of such teachers, and the redeployment will continue until the numbers are fully addressed. The teachers must have obtained a KCSE mean grade of C+ and C+ in the two teaching subjects.

The meeting observed the numerous problems teachers face in accessing health services under the medical scheme. It was agreed that an inter parties meeting between the TSC, minet and KUPPET will be held soon to discuss the issues and recommend solutions.