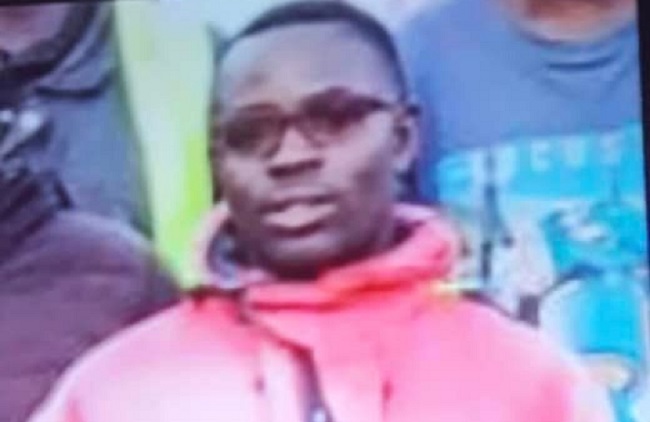 The directorate of public prosecution has unmasked the boda boda operator who incited his colleagues to sexually assault a woman along Nairobi’s Wangari Maathai road.

Zacharia Nyaora Obadia is alleged to have alongside other boda boda operators, forced themselves into the car of a 32-year-old woman and assaulted her multiple times in turns in broad day light, before the police came to her rescue. All this act was allegedly fuelled by Obadia, who managed to escape together with others engaged in the beastly act. At the scene of the incident, only 16 boda boda operators, who despite police presence felt that they must feel what others felt, were arrested.

“The mastermind of the despicable sexual harassment incident, that has attracted countrywide condemnation has finally been unmasked. This is after undercover agents drawn from the elite Crime Research & Intelligence Bureau (CRIB) and DCI Nairobi Regional Headquarters, narrowed down on the suspect identified as Zachariah Nyaora Obadia,” reads the DCI report.

Massive Recruitment of Police Constables-Recruitment Dates, Venues and How to Apply

“The suspects are currently being detained at the Parklands police station in Nairobi, awaiting arraignment upon completion of investigations,” said Nairobi Area Traffic Commandant Joshua Omukata.

The incident happened at the junction of Barabara Tano road and Professor Wangari Maathai road at around 5 pm.

The victim had hit a pedestrian, and before she could process what had happened, was surrounded by angry boda boda riders.

“She attempted to drive away from the scene but the dozens of motorcycle riders blocked her, forced themselves into the car and sexually assaulted her as seen in the video,” Mr Omukata said.

“Our officers on duty were not far away and rushed to save the victim. One of our officers drove her away from the scene where she was being accosted.”

So traumatised was the victim that she could not record her statement with the police on the day of the crime, the Nairobi traffic police boss said.

“This is a very ugly incident and we are asking the boda boda riders to stop this madness. It is so inhumane, and more so, when it is a female motorist being accosted and harassed,” Mr Omukata said.

Using digital forensics, the sleuths working with cybercrime experts at the DCI National Forensic Laboratory, placed the thug at the scene of the crime scientifically and went after him this afternoon deep in Mukuru Kaiyaba informal settlement.

However, the suspect who is aware of the ongoing crackdown on errant boda boda riders escaped DCI’s dragnet by a whisker, via a sewer duct in the densely populated settlement.

The suspect has also been positively identified by his wife and other relatives, sexually assaulting the victim in the widely shared videotape. It is only a matter of time before we arrest him.

The Directorate of Criminal Investigations is cautioning Zacharia Nyaora Obadia, not to engage detectives in cat and mouse games but to surrender at DCI headquarters or the nearest Police station within 24 hours.

Equally, his accomplices who were within the vicinity of the barbaric attack whether captured on the videoclip or not, have all been identified forensically. They have been ordered to submit themselves at DCI headquarters before detectives catch up with them.