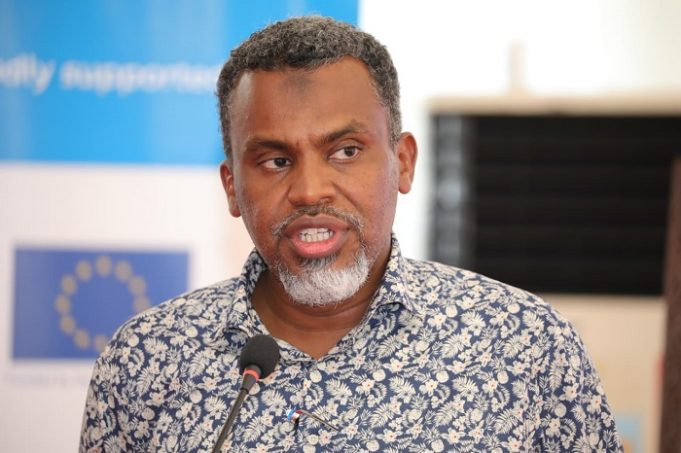 The Director of public prosecutions Noordin Haji has threatened to charge TSC for failing to put in place policies that protect teachers in volatile areas of the country from insecurity.

DPP Haji who spoke in Garissa during a TSC stakeholders engagement forum urged TSC to fast track solutions that will help in addressing problems of teachers who continue to suffer amid security crisis.

“If you don’t address teacher issues, we will become a burden on the whole of Kenya and this issue will come to your doorstep. We can’t afford to have a teacher in a school, that’s all simply not acceptable in today’s Kenya,” he said.

Noordin Haji poked holes in the Nancy Macharia led commission which he said supposed to protect teachers but is yet to address their concerns.

Haji said that the ongoing trend is is alarming and the issue needed to be treated with the utmost urgency-failure to which, the whole commission would be dealt with affirmatively.

He built his allegations on the Section 7 of the children’s act, which allow him to charge the commission for failing to give sufficient education to the children since most schools in bandit prone areas are understaffed.

“Under section 7 of the Children Act, I can charge the whole commission for refusing to give education to Kenyan and to the children,” he noted.

He further called for the creation of a department within TSC to deal with the plight of tutors in the regions that are highly regarded as volatile areas.

He noted that the department’s mandate would be to find solutions to ensure all children access their fundamental right to education.

“It is high time that in the North, including hostile areas such as Samburu, we must have a department that will look into that, that will use statistics and data in order to find amicable solutions,” he pointed out.

“I have already initiated a meeting with county commissioners, the regional security intelligence committee and education officials during this week.”

“We will have this meeting so that we put in place security measures and other logistical arrangements to ensure that we have a smooth running,” he said.

Haji’s remarks come days after the government relocated hundreds of KCPE/KCSE candidates set to sit for the national examinations in the coming week. The students were moved from areas affected by banditry attacks such as Baringo and Elgeyo Marakwet counties.

The move came after the Rift Valley Regional Commissioner Mohammed Maalim held meetings with Education stakeholders in order to ensure the safety of the candidates.

“I have already initiated a meeting with the county commissioners, the regional security intelligence committee and education officials within the course of this week.”

“We will have that meeting so that we put security measures and other logistical arrangements to make sure we have smooth running,” he stated.