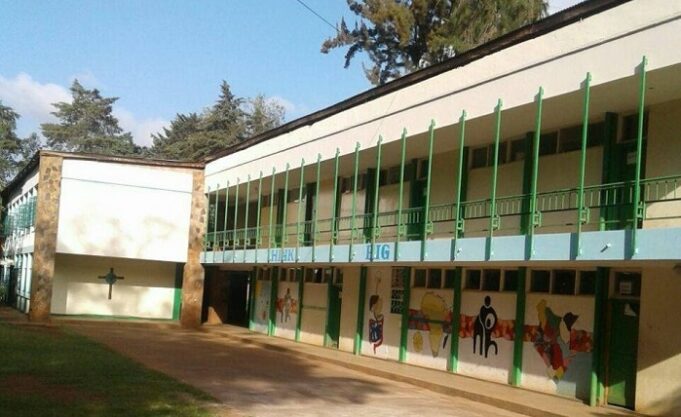 Drama ensued in Nairobi County yesterday after parents of a popular city school grabbed office keys from the school head and threw her out of office. The head teacher of Muthangari primary school in lavington, was thrown out of the school due to alleged misappropriation of school funds, poor results, land grabbing among other allegations.

The angry residents claimed they were to evict her long time ago but were patient because some of their kids were candidates.

The parents waited for a week after schools were opened to monitor the situation, but there was no improvement. They claim the learners there has been no lunch for the learners yet they lunch fee.

According to the angry parents, good teachers are transferring from the school due to their dissatisfaction with the head.

“We have no committees, no sub committees like finance, academics and discipline. She’s everything in this school,” complained the PTA chairperson of the school