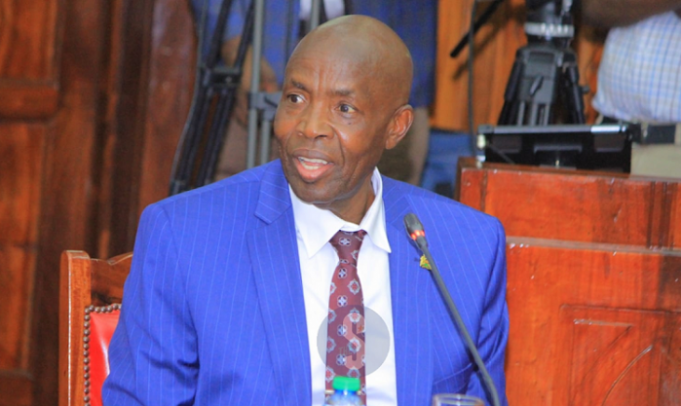 Education CS Ezekiel Machogu has run into trouble with senators for snubbing their invitation.

The CS skipped a meeting with the joint committees on Education and National Security, Defense and Foreign Relations.

Instead, Machogu sent his PS Julius Jwan to represent him.

Machogu had written a letter to the committee and called Senate Education Committee chairman Joe Nyutu (Murnag’a) explaining that he would be away and sought to be represented by his PS.

But the senators rejected the letter and turned the PS away.

“The tradition procures and procedures of this House dictate that the CS shall appear before us in person, not junior officers,” Minority whip Fatuma Dullo said.

The lawmakers had invited the CS to explain the possibility of re-introducing a school feeding programme in arid and semi-arid areas in the wake of ravaging drought and famine across the county.

The statement had been sought by Kitui Senator Enoch Wambua whose county is one of the most affected by drought.

Nyutu ordered Juan out of the meeting room and ordered that the CS appears in person Tuesday next week.