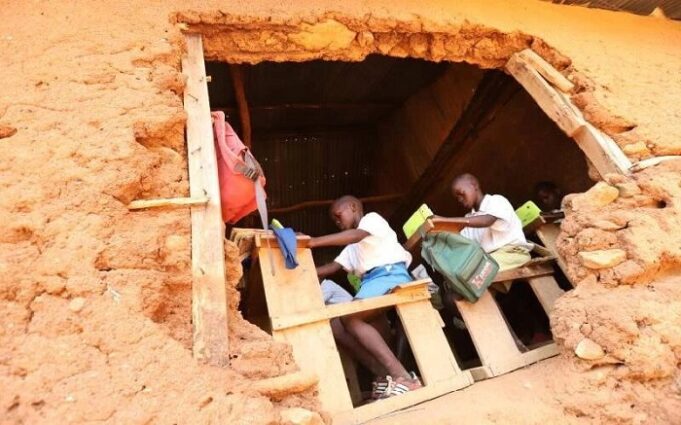 A school in Nyandarua County, has been closed indefinitely after parents stormed the institution and withdrew their children hours after reopening.

After the incident which occurred on Monday, not even learner has reported back to Mlimani Primary School.

The parents lamented over the school’s deteriorated infrastructure, which includes mud-walled classrooms that are almost crumbling down and damaged desks.

Teachers were forced to flee, leaving the irate parents going round inspecting the classrooms.

An area resident and a parent, who sought anonymity, had put the school management and the county directorate of education on the spot over what he termed laxity and failure to seek funds from the national government for a facelift.

“There is no way the government can knowingly allow a school to continue to operate while in such a condition. The school has been operational for the past 12 years but still has mud-walled classrooms, lack desks and is poorly staffed,” said the parent.

He regretted that Ministry of Education officials have been on the necks of private investors in the sector to improve their infrastructure yet some public schools are in a worse state.

“If we compare this school with others that the ministry officials have shut down, Mlimani Primary is worse. It is either they are not aware or are applying double standards in the assessment,” he said.

The parents expressed fury as they walked around the classrooms.

“Cabinet Secretary George Magoha should visit this school. Our children are not safe under these weak structures which are likely to collapse any minute,” said another parent.

Margaret Wambui, also a parent at the school, linked the colds their children suffer from throughout the year to the sorry state of the classrooms.

“There is nothing that motivates the children to be in this school at all. Their health is always at risk as strong cold winds coupled with heavy rain always hit the area disrupting their learning,” said Wambui.

Esther Kang’iri, also a parent, added that the school’s administration has been shying away from calling parents’ meetings for the past four years due to the sorry state of the school.

Nyandarua County Director of Education Phillip Wambua, promised to look into the matter.