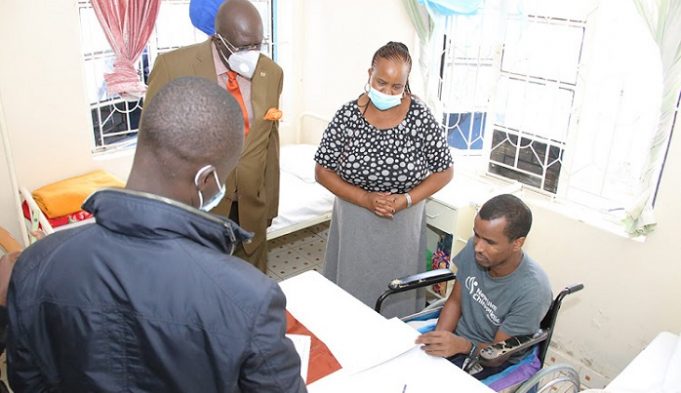 The new competency-based curriculum, CBC will not make it compulsory for expectant mothers and candidates admitted in hospitals to sit national exams while undergoing medication or in wards.

The permanent secretary for Curriculum Reforms Fatma Chege said reforms from early childhood and continuous assessments will in such conditions enable an assessment under the Competency-Based Curriculum.

This approach differs with the 8-4-4 system where candidates would be forced to sit KCPE and KCSE exams in hospitals, even if they just delivered, just to avoid sitting the exams later.

“By the time, the child is transitioning from primary to junior secondary, that learner will have been assessed several times,” Chege said.

She said the continuous assessments conducted from Grade 1 to Grade 6 will be enough to determine a student’s capability.

“By the time, they’re finishing Grade 6, they will have accumulated around 60 per cent of an expected 100 per cent,” Chege said.

According to Chege, the national assessment will allow teachers and the exam council to determine performance.

She emphasised CBC aims to do away with the notion that national exams are do-or-die tests.

“The pressure to sit exams after eight years has been eased out. You find girls in the ward, giving birth, and an exam is waiting for them,” she said.

“By the time we take exams to that student in hospital, the doctors have assessed the patient and advised if they are fit to sit the papers or not,” Magoha said.

Grade 6 learners are being registered to sit the Kenya Primary School Education Assessment, which will allow their transition to junior secondary.

In January, 1.5 million learners under the new CBC will transition from Grade 6 to junior secondary school.