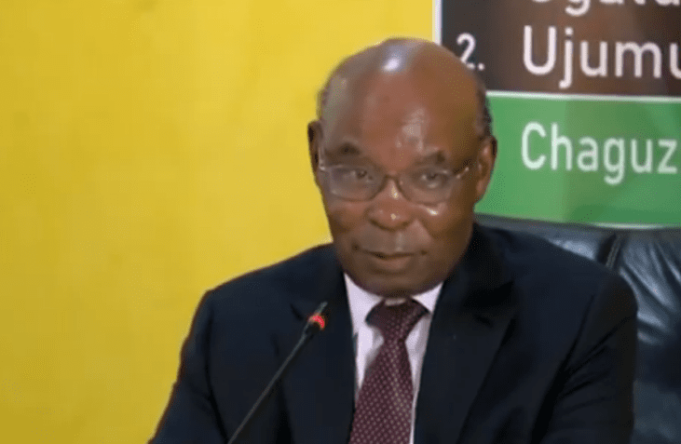 Corona virus disease 2019 is a severe respiratory syndrome that attacks the lungs, making the victims unable to breathe comfortably.It is caused by a virus, Corona virudae. currently, the disease has paralyzed normal operations globally. Its vaccine or drug is yet to be found and therefore it can only be controlled through thorough self-discipline.

The virus was first diagnosed in china towards the end of the year 2019 and by April 2020, it had spread in all the continents of the earth. Though some patients diagnosed with the deadly disease recover, there have been some cases of reinfection. However, that is not shocking. What has shocked Kenyans and the entire world is how citizen Television, a Kenyan Television channel under the royal media services, owned by one Sk Macharia, predicted the outbreak of this pandemic.

Towards the end of 2019, citizen Tv, through one of its soap operas, amar a muerte ( translated love to death), almost predicted how corona virus would claim the lives of unsuspecting innocent people. The programme aired at 2000 hours daily from late 2019 up to around February 2020.

One of the characters in the programme, called Johnny corona, murders his master, Leone Carvajal on the very day of his wedding to love of his life, Lucia. Despite having been educated and moulded by Leone, Corona is still ungrateful enough to murder him so that he illegally inherit his wealth, together with his wife.

Thereafter, corona goes ahead murdering any person who has information that he is the murderer of Leone, beginning with his accomplice, a cook that he contracted for the murder of his boss. Any person who stands on Corona’s path to acquire Leon’s wealth or to embezzle the income from his media company, signs his own death sentence.

He even attempts to murder Jacobo Reyes, who owns the spirit of Leone in a different body.Jacobo is Leone but in a trans migrant form, whose major purpose after the second chance in life is to revenge against his murderers and to win back Lucia’s love for him. However, he feels betrayed after realizing that his own wife conspired with Corona to murder him. Corona even ends up murdering Lucia, with whom she had a love affair.

Corona in the programme and the real Corona share all characteristics. Both of them murder without borders and without reason. They both have no friends. Even those who think they are friends with the coronas and do things to please them against the minimum requirements end up getting infected.

Isn’t it amazing to conclude that citizen TV has prophets and Sk Macharia is the major prophet?