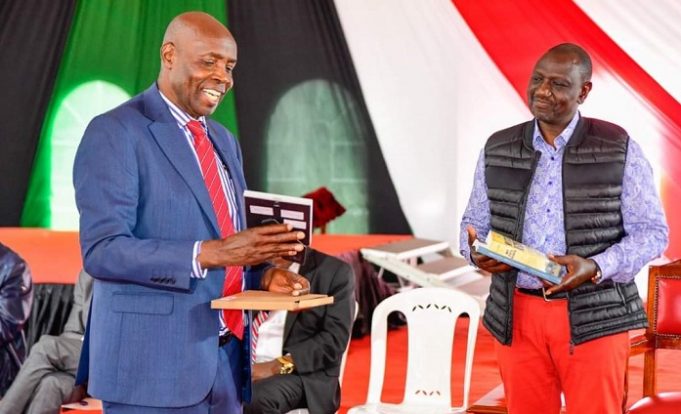 Ezekiel Machogu was born in 1955 in Nyaribari Masaba, from where he got raised during his early years.

Upon completing his A-levels, Ezekiel Machogu got admitted at the prestigious University of Nairobi in 1976 for a Bachelor of Arts degree. He completed his bachelor’s degree in 1979.

In 1979, Ezekiel Machogu got  employed by the Office of the President as a District Officer. He was later appointed in 1989 by the same office as a District Commissioner, a position he held till 2008.

From 2008 to 2016 , he worked at the Public Service Commission as a Senior Deputy Secretary.

In 2017, Ezekiel Ombaki joined the Kenya National Assembly as a Member of Parliament for Nyaribari Masaba Constituency.

He participated in the Kisii County gubernatorial race in a UDA ticket and lost at position two to Simba Arati.

Upon losing, her got appointed by William Ruto as cabinet secretary for education.