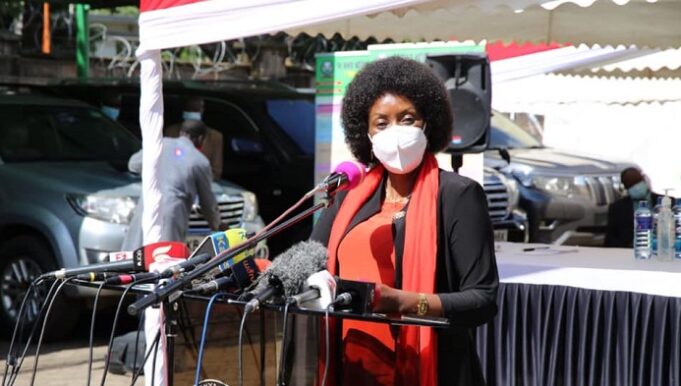 The fate of the new Collective Bargaining Agreement (CBA) for teachers now hangs in balance after treasury advisory to Salaries and Remuneration Commission (SRC) said that only 10 per cent will be available for proposed pay review for civil servants and teachers.

The advisory has dealt serious a blow to teachers who have been waiting anxiously for the approval of the new 2021-2025 CBA.The National Treasury Cabinet Secretary Ukur Yatani has committed that only 10 per cent, which totals to around Sh8 billion is available for the review.

It is however not clear whether the amount will only be for the next 2021-22 Financial Year or it will cover the four-year circle as it is usually the case in the CBA. SRC had requested the money from treasury to harmonize workers’ pay and to effect new salary increments in the new CBA for teachers once the job evaluation was completed.

The current CBA is expected to end on June 30, giving way to the next four-year cycle of remuneration based on job evaluations,but this now seems to hang in the balance as details show that the government will not make funds available.

The information has been received with mixed reactions from the union officials for teachers with some terming it unfair way to treat teachers.

“As KUPPET Vihiga, that information was received with a lot of shock because teachers are aware that the CBA we have been using has come to an end and expecting another one in July for the next four years.” Inyeni added that they will only listen to their employer which is Teachers Service Commission (TSC) and not the result of report filed by Salaries and Remuneration Commission (SRC) about their pay rise after job evaluation. “We expect that the basis of our engagement should be documents coming from SRC and counter proposal from TSC because our national office had already given our proposal for the pay rise, but any other information coming in from what we are going to call third parties is not something we are going to ask our members to look into because it is not pertaining to us,”added Inyeni.

The same was echoed by his Narok Counterpart, Charles Ng’eno.“What teachers are doing for this country is such a big sacrificeand the government should not be telling us that it doesn’t have money, what is happening currently is that there is a lot of misuse of public resources,” said Ng’eno.

Kenya Union of Special Needs Education Teachers (KUSNET) Secretary General, James Torome said they have not sat with their employer TSC to get a counter offer since they have already submitted their proposal as required by law.

“At this juncture, we are still waiting for the employer to call us and give a counter offer because we already submitted our demands, so any other information coming from any other quarters, we do not recognize it,” said Torome.

Torome added that the information that they will recognize is what will come from SRC to their employer, who will call them and give them the counter offer and share what will be available.

Kenya National Union of Teachers (KNUT) Deputy Secretary General, Hesbon Otieno said that the government should not say that there is no money for CBA adding that CBA is not all about money.

“If the economy is not good and there is no money,then what is it they are offering so that people can discuss? You cannot say that we have no money for CBA. CBA is notabout money, it has a lot of things with very many o t h e r components,” said Otieno.

“What treasury is doing is simply usurping the powers of TSC in the case of teachers. This is very unconstitutional as TSC is an independent entity,” said Opande.

TSC had previously hinted a possible pay rise for teachers in July 2021, after the employer stated

mence immediately SRC gets the award from the Treasury to define how the negotiation will be.

In the new CBA deposited at the SRC and which was to take effect from July 2021, the TSC had proposed a minimum of 16 per cent increment in basic salary for teachers and a maximum of 32 per cent.

Classroom teachers, who were underpaid under the present CBA,will be most hit as they were expected to be the greatest beneficiaries in the next phase of salary reviews. Next.