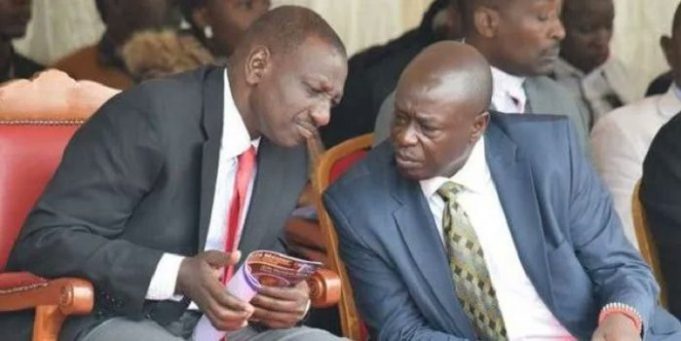 Deputy President Gachagua Rigathi has said the government will not abolish the Competency-Based Curriculum.

Gachagua said instead they are reviewing it so that they can retain what is good and improve on it.

He said there have been concerns from teachers, parents and other stakeholders on CBC and that called for a review.

“Our Government will soon be unveiling a task force to look at educational reforms including CBC with a view of reviewing and not of abolishing it,” he said.

Gachagua, while encouraging parents, teachers and students to be ready to present their views to the yet to be established taskforce on the review of Competency Based Curriculum (CBC) expressed confidence that a robust discussion will lead to an improved product.

“Our intention is not to abolish the syllabus but retain what is good and improve what is causing concern,” he said.

The DP further took the opportunity to ask Kenyans to participate in the process once it commences.

“Don’t just complain in your houses or market, centres, turn up in large numbers and give your views of what you want to be improved,” he said.

“In accordance with the requirements of the Constitution, Kenyans should turn up and present their views on what they want to be implemented,” he said.

The announcement by the DP was welcomed by the Kenya Union of Post Primary Education Teachers (Kuppet) leadership as they underlined the need to involve all stakeholders in the proposed taskforce.

According to Kuppet Secretary General Akello Misori, the taskforce should also include representative of learners who are critical players in the system designed to replace the 8-4-4 system.