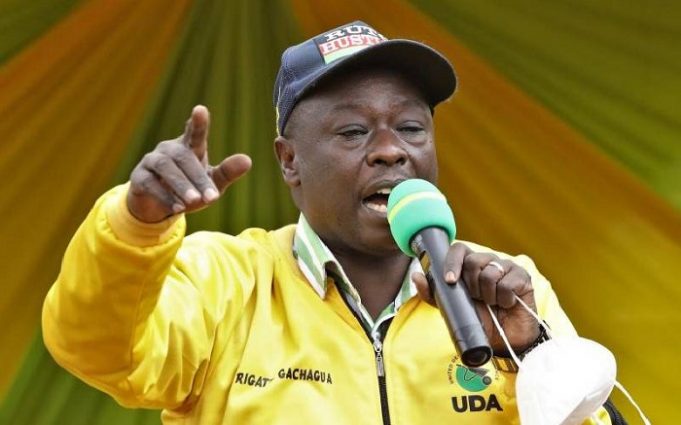 Teachers and Civil Servants fear that the Sunday’s confession by the deputy president could be interpreted to mean that the government is too broke to foot salaries and allowances to public officers.

Just days after the swearing in of President William Ruto and Deputy President Rigathi Gachagua, sources close to the new government revealed that the public coffers are dry and empty.

The most initial allegations were made by Nandi County Senator, Samson Cherargei, who claimed that President William Ruto only found Sh93.7 million in the Treasury.

The Senator on Saturday last week further asked Kenyans for patience saying the matter is being handled to get the country back on track.

“The economy is no longer in ICU but death because H.E Ruto found only Sh93.7M at the treasury, Uhuru went home with everything. State Capture is REAL!” Twitted Cherargei.

Less than 16 hours after Cherargei’s tweet, the Deputy President confirmed the Senators sentiments that the government they inherited has no money.

The Deputy President however maintained that what they have might pay salaries to public officers but cannot be used for development.

“The situation is very bad, there is no money in the Treasury at all, and the little that we are collecting goes to salaries and you have to keep the country going so we need to do a lot to boost production. In another 90-100 days the economy will start feeling the effect of good management, “said Gachagua.

Teachers have been getting their salaries mostly on 24th day of each month. However, county employees, including public health workers have been experiencing delays in salary payment with some going even months without pay.

Currently counties have received their funding from the Treasury for the past three months and governors are waiting for the government’s directive on the delayed county funding.

Despite the statements on the state of economy of the country, some public officers are still hopeful of getting their salaries early.