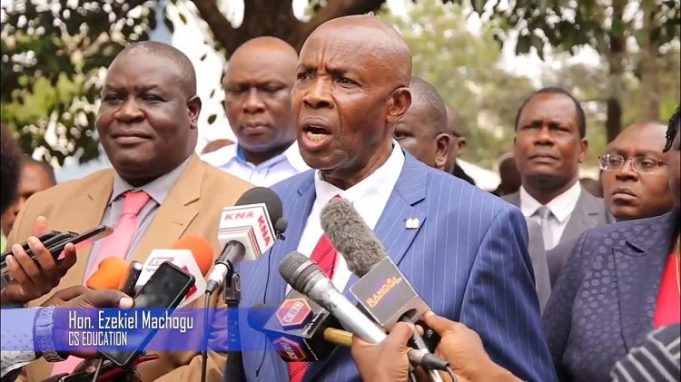 The government has revealed plans to build about 3,000 classrooms in the next three financial years to accommodate Junior Secondary School learners.

This plan aims to bridge the infrastructure deficit as Grade 6 learners transit by end of the month.

Treasury reports containing budget proposals indicate at least 906 classrooms will be put up in the next financial year.

The government, according to the report by the Education sector working group, has also planned 400 laboratories for the JSS students next year.

Another 837 laboratories are scheduled for the subsequent fiscal years with renovations slated for more than 6,100 schools in the same period.

However, former Education Cabinet Secretary George Magoha indicated in an earlier press conference that 10,000 classrooms were built in 2022 for secondary schools, which were to initially for JSS learners.

The revelations mirror the constraints the new administration faces to meet the demand for the additional classrooms, considering there are 24,000 primary schools across the country.

This is after the education review team recommended that the Grade 7 learners are retained in primary school.

Ruto’s predecessor Uhuru Kenyatta’s team built most of those classrooms in secondary schools, a policy which the new team has shifted from.

The education sector report shows the previous administration put up 6,495 classrooms from 2020 to 2022 to enhance the transition to junior secondary.

National schools got 15 classrooms while 962 were constructed in regular schools and 91 in special needs schools.

Government To Fund all Co-curricular Activities

About Sh1 billion went into the projects, whose usage now hangs in the balance in the wake of the policy shift. There are no indications of ongoing work this financial year.

The sector report signed by Education Principal Secretary Belio Kipsang reiterated the need for increased investments for the expansion, upgrading, rehabilitation and equipping of existing institutions.

He said the sector will “fast track the implementation of capital projects within its purview by prioritising near completed projects”.

“This shall include renovation and expansion of infrastructure (construction of classrooms, tuition blocks and laboratories) to accommodate junior secondary,” Kipsang said.

Experts at the Parliamentary Budget Office estimated that the government would need Sh28 billion to improve the capacity of day schools which were to host the JSS. The budget is likely to shift to the new plan.

Going by the sorry state of classrooms in the country, there are fears the classrooms might not be ready – even for the opening session slated for January 23.

Parents have asked the government to consider postponing the school opening dates so that the classrooms and laboratories are built first.

Press reports indicate that the National Parents Association wants the classrooms and labs ready before students arrive for the next level.

NPA chairperson Silas Obuhatsa is quoted saying they want at least a month or two for the structures to be put in place.

“The construction of enough classrooms and laboratories is possible in under a month,” the NPA boss said, inviting other players to come on board.

The developments were slowed, in part, by the delayed disbursement of Constituency Development Funds for the current financial year.

National Treasury held on to the funds after the Supreme Court declared that the law that anchored the kitty was unconstitutional. An Attorney General advisory has since unlocked the funds.

MPs said the delayed release of the Constituency Development Funds curtailed the bid to help the government meet the resource demands.

Kibra MP Peter Orero said the national government alone without the NG-CDF will not be able to build enough classrooms for the learners.

“The more we delay with these funds, the more the confusion in the implementation of CBC in our country,” the MP, a former teacher, said.

Opposition chiefs say theUDA government is experimenting with the children of the poor, .They say the Ruto administration should give clear guidelines and long-term solutions for the implementation of CBC.

Leader of the Minority Opiyo Wandayi said the Ruto administration should mention when the infrastructure would be ready.to accommodate the learners transiting to the new level.

“What has been suggested is to retain Grade 7 learners (no longer being referred to as Junior High School) in primary schools is more of a Band-aid intervention, with no long-term solution in sight,” he said.

The Minority Leader said the schools are inadequately prepared to house the learners, saying the time and cost aspect is not possible with the pace at which funds, such as CDF, are allocated.

Wandayi also held that teachers who are expected to handle the junior high learners have not been retrained and it is not known whether thy will be drawn from primary or secondary schools.