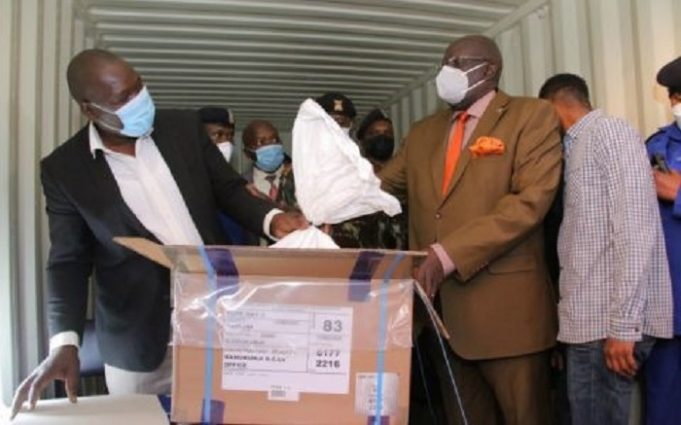 Pioneer Competency Bases Curriculum (CBC), candidates currently in Grade Six, who should be transiting to junior secondary schools (JSS) in January 2023 will have to apply for the slots, Education Cabinet Secretary George Magoha confirmed.

“First of all, the children will have to apply and we are going to tell them the number of slots available. We are almost completing the process. We encourage the private schools, which we will say are ready for junior secondary schools, to allow the children to apply on the public platform so that they are placed,” said Prof Magoha.

Magoha was speaking at Moi Educational Centre after an inspecting private schools’ preparedness to host JSS. According to the CS, the Grade Seven learners will not board in the new schools.

Magoha also confirmed the government’s plans to place Grade Seven learners from public schools in private schools to ease the stiff competition likely to arise due to double intake expected in January.

The admission of Form Ones under the 8-4-4 system, and Grade Seven learners is expected to strain existing infrastructure. “Parents should not panic over the Grade Seven students since both the government and private schools will accommodate all the students. With 10,000 classes from public and another 5,000 from private schools, we will manage the transition,” said Prof Magoha.

The CS urged parent not to move the students to different institutions, maintaining that “competition will only surface during joining the senior secondary schools in Grace 10”. “It would be very important for the parents who already have their children in private schools to retain them in junior secondary facilities that are established within those schools so that the cut-throat competition that comes after Standard Eight be postponed to Year 10. It is just one additional year, so they will even be a little bit older than usual when they start competing now for the Senior school,” said Magoha.

Further, the former KNEC boss dismissed the argument that the students joined high school at a young age under the CBC, and that teachers were not trained to handle them.

“Who said that our teachers are not well-trained? Even in this school, we have had 12-year-olds before and even now. I am a doctor and I can tell you that the difference between a 12- and 14-year-old is not that serious. They even behave better,” he said.