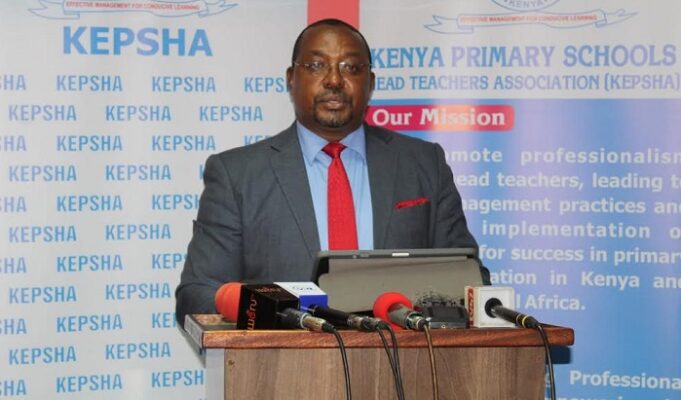 Head Teachers To Hold Their 16th Annual Conference In December

KEPSHA chairman Johnson Nzioka on Friday revealed that the heads will hold the meeting at Sheikh Zayed grounds in Mombasa.

Though Nzioka said the agenda of the meeting will be revealed later, a section of teachers opine that challenges facing the Competency-Based Curriculum (CBC) will be the main agenda.

Nzioka said the date of the four-day event was reached during a meeting at KEPSHA headquarters in Nairobi.

“We are currently working on the programme, which will cover the four-day event and release as soon as possible,” he said.

Nzioka said the event’s theme is Headteachers: Leading in crisis, reimagining the future.

Construction of new classrooms To Be Supervised By Chiefs

The meetings, which are usually held in the morning, leave the over 10,000 heads with a whole afternoon to walk on the sandy beaches, sightseeing and swimming in the Indian Ocean.

Last year, a similar meeting was not held due to covid-19 pandemic, which forced the government to stop public gatherings and put restrictions on the movement of persons, including lockdowns to curb the spread of the pandemic.

Nzioka yesterday promised to issue details on how the conference will be held but assured the government that the forum will adhere to health protocols from the Ministry of Health.

The association held its last annual delegates conference in 2019 before the outbreak of the deadly disease.

More than 7,000 members of the Kenya Secondary School Heads Association (Kessha) also held their annual conference at the Kenya School of Revenue Administration (KSRA) located near the Sheikh Zayed centre.