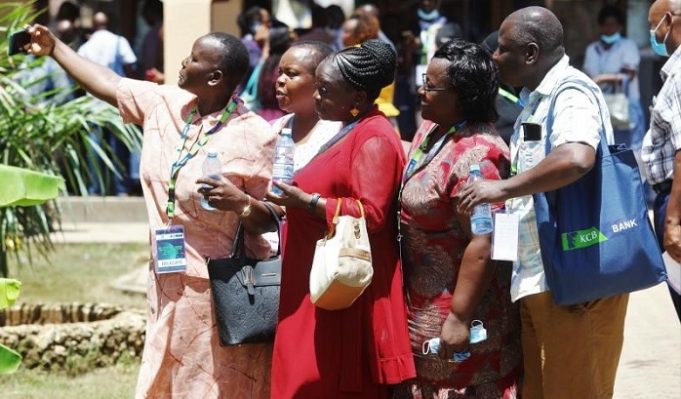 Head teachers across the country have lauded President William Ruto’s administration for abolishing the delocalisation policy that led to the mass transfer of teachers from their home counties.

They said the policy was punitive and led to the deaths of their colleagues and the breaking up of families.

“It has been a major concern among teachers, but we are happy that it has been addressed by the government. We no longer have an issue with delocalisation. Somehow teachers are happy where they were posted,” said Mr Nzioka.

Vice-Chairman Fuad Ali said teachers are happy that the policy has been abolished.

Deputy National Secretary Gitonga Mugo said teachers should be allowed to choose where they want to be posted. He said he was affected by the policy when it was implemented in 2018 as he was transferred from his home county of Tharaka Nithi to Embu.

He said according to the policy guidelines, he was supposed to be transferred to a school equivalent to his previous one in terms of infrastructure. However, he was posted to a school at a much lower level.

“Delocalisation is bad when done en-mass. It if it’s done at an individual level, those that are willing, then there’s no problem. Those that have been delocalised have had a taste of both the good, the bad and ugly side of it,” he said.

The Reverend King Boarding Primary School head said some teachers do not want to teach in their home areas.

“This is because of the advantages they find out there. But the majority generally want teachers to make their choice; those willing to go back to their home counties should be allowed. We buried some teachers because policy because the policy did not look at the health of the individuals,” he said.

Mr Mugo said the Teachers Service Commission (TSC) should listen to the cries of the teachers on why they are running away from hardship areas and ensure their safety.

According to him, if this is done, teachers will no longer fear going to some areas.

At the same time, the teachers  welcomed the decision to have junior secondary school domiciled in primary school.

Mr Nzioka said primary schools have the capacity to accommodate Grades 7 to 9.

“Teachers have upgraded themselves by furthering their education. Currently, more than 60 per cent of our teachers are graduates. In terms of infrastructure, the children transiting to Grade 7 already have the classes that have been vacated by those going to Standard 8,” said Mr Nzioka.

He added that the move will help the government attain the 100 per cent transition of this year’s Standard 8 candidates.

Mr Nzioka further lauded President Ruto for constituting the Presidential Working Party on Education Reforms saying it will steer the sector in the right direction.

“We also thank the Teachers Service Commission for announcing the employment of 30,000 new teachers, which will alleviate the shortage we have been experiencing. That has been our prayer, which has been finally answered,” he said.

At the conference, the teachers will deliberate on the recruitment of 30,000 teachers, the rollout of junior secondary and mental health among learners.

The school managers will also discuss some of the controversial issues in the implementation of the competency-based curriculum, including the demands on parents .

“The designs have options for tackling certain topics so you don’t have to take chickens to school. KICD has designed the curriculum in such a way that we can handle lessons with locally available materials in the institutions,” he said.