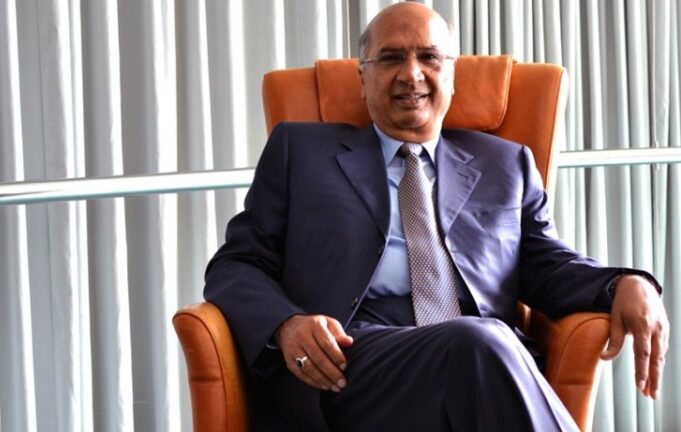 Mwalimu Sacco executives ignored all red flags and bought 75 per cent of the bank in one fell swoop.

In October 2014, Mr Naushad Noorali Merali, a billionaire who has made his money buying and selling off struggling companies held a meeting with executives from giant teachers sacco Mwalimu National Savings and Credit Co-operative Society, who were the targeted  buyers of equatorial bank .

Mr Merali, who was little known before, became famous in 2004, when he bought shares in Airtel, known as Kencell at the time, and sold them two hours later, walking away with a cool Sh2 billion profit.

That was the quickest billions ever made in the corporate world globally. Merali was in one room negotiating with Vivendi, a French firm that owned 60 per cent in Kencell, while the new buyer, Celtel, was in the next room, waiting for him. By then,  Sameer headquarters was on Nairobi’s Riverside Drive.

After Mr Merali closed the buyout at around 7pm on a Monday night in March 2004, he simply crossed over to the next room, sold all the shares he had just bought from the French firm, and bounced out of the room at around 9pm the same night.

Surprisingly, 10 years later, teachers wanted to buy a bank from the same man. At the time, Mr Merali was the owner of Equatorial Commercial Bank, which has since been renamed Spire Bank.

With impossible ambitions, Mwalimu Sacco was determined to make history as the first sacco in East and central Africa to own a commercial bank. And they wanted to buy it from Mr Merali, at all costs. As he walked into the meeting in 2014, the tycoon, who describes himself a veteran businessman, knew he had allies in the giant Mwalimu Sacco team.

By then, the CEO of Mwalimu Sacco was Robert Shibutse, a former employee of Merali.  As CEO, Shibutse had taken over the role of marketing the transaction to thousands of teachers, who had entrusted him with billions of their savings. Shibutse did not need too much time convincing teachers to buy equatorial commercial bank.

The top SACCO executives ignored all the red flags that called for due diligence. When making such decisions, the buyer should pay 50 per cent of the negotiated price and then launch a detailed page-by-page, loan-by-loan audit of the books. The balance is only paid after the audit of the books is complete and the buyer is convinced they are not buying a dead bank. Mwalimu sacco never took that procedure into consideration since ambitions blinded the it.

Mwalimu Sacco executives, either too naïve or driven by self-interest, pushed  and bought 75 per cent of the bank at once at a cost Sh 2.4 billion.