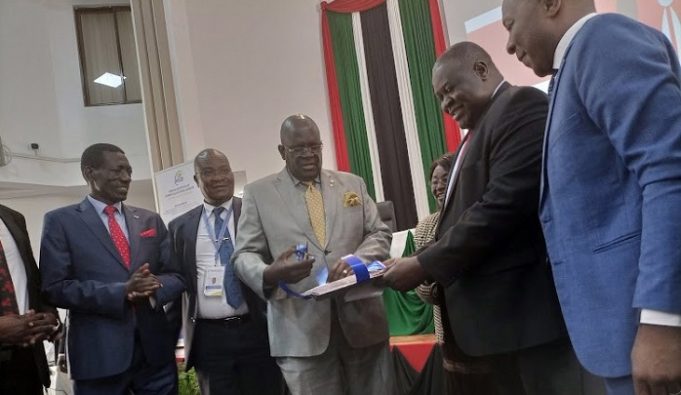 Data of Schools and students captured in the Nemis system will permanently remain there since they will no longer be edited.

This was informed by the move of the state to seal loopholes which are often used by crafty officials for monetary gains.

Audit reports have previously cited loopholes in the system being used by corrupt officials to exploit the government capitation process.

Updated List of Approved Junior Secondary Schools and How To Select

KUPPET: High Schools Are Not Read For Junior Secondary Schools

The new NEMIS, which will be piloted in primary and secondary schools from August 29, will expose the data to directors of education at county, subcounty and regional levels. Since ministry officials will also to access it, editing or making changes to the data will be extremely difficult.

“Processes relating to the learner are captured on the system from their enrolment to their graduation,” Magoha said when he launched the new system at the KICD in Nairobi.

He said that the processes will also reflect when the student leaves school.

“Users now have access to the data as opposed to relying on a generation of data and reports from a centralised source,” the CS said.

The current Nemis has been in operation since 2017. It was centralised, making it prone to manipulation.

But The Star discovered that when you click on the Nemis portal as a school owner, it directs you to the directors of education.

“School managers and head of institutions should consult CDE / SCDE for access rights to Nemis. Do not register on this portal,” the notice reads.

Parents will however be able to initiate school transfers for their learners and monitor performance in the system.

“Learner attendance, a significant feature under the newly introduced CBC, will now be available on the Nemis system,” Magoha said.

He said it will also help the ministry to hold school managers accountable for use of funds given to them.

“Head teachers can now apply for capitation on the system, alongside other funds,” the CS said.

Directors at the subcounty, county, regional and national levels will also be required to approve funds applications.

Magoha further said for a student to qualify for free primary education, free day secondary education and special needs top up they will need a birth certificate.

“There will be transparency through the association of the enrollment numbers with actual learner records during the application process,” he said.

The Ministry of Education will also work with other education agencies to facilitate smooth operations.

On audit queries, Magoha urged a rethink on the process saying people should look at the output.

Auditor General Nancy Gathungu revealed that some education officials irregularly paid themselves Sh10.2 million to monitor the distribution of desks and lockers.

This is reflected in the audit report for the financial year which ended on June 30, 2021.

He clarified that the issue should not have been the funds used, but the outcome of the process.

In March, the anti-corruption agency said it established that Joshua Momanyi was responsible for preparing the funds distribution schedule for all schools getting Free Secondary Day Education cash.

The press failed to locate the school, which was purported to be in Khwisero constituency of Kakamega county.

Momanyi held the post between August 2017 and September 2018, the time he reportedly inserted Mundeku Secondary School into the system.

He had linked the school to his bank account.

“Investigations established that Mundeku Secondary School was non-existent,” EACC said in the report dated May 17.