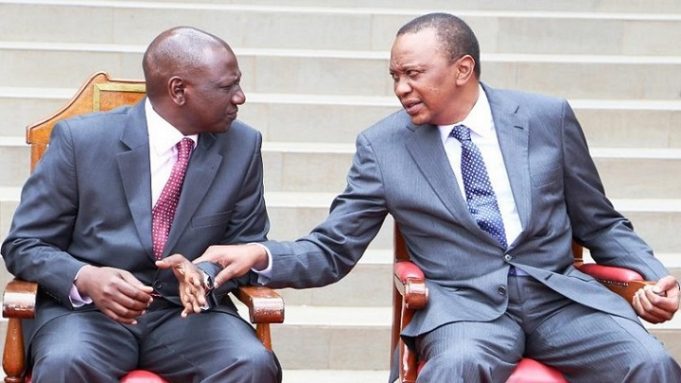 During the inauguration day, a presidential motorcade will be on standby at the residences of the president-elect and his deputy and they will be heavily guarded by a contingent of General Service Unit (GSU) officers who will guide them to the swearing-in ceremony.

The presidential procession, which will have a similar number of vehicles as the outgoing president’s normal fleet, will then proceed to the inauguration venue likely be set at a national arena such as the Kasarani Stadium, as was the case with President Kenyatta.

While the President-elections are expected to be sworn in on the first Tuesday following the fourteenth day after the date of the declaration of the presidential election results, if no petition has been filed, he will be afforded all the presidential rights his predecessor enjoys even before taking the oath of office.

While making his way to the inauguration grounds, the incoming president will be briefed on aspects of the state such as government structures, intelligence, state of the economy, and exact details of the swearing-in process.

Prior to the ceremony, the organising committee will send the presidential standard to the State Uniform Committee for designing. The standard will be designed to the liking of the president-elect.

The names of all guests and dignitaries who will attend the event will also be forwarded to the steering committee by the president-elect and the outgoing Head-of-State.

The swearing-in ceremony will run between 10 am to 2 pm with the event’s grounds being opened to the public as early as 6 am.

Once all attending Kenyans and guests settle, the President elect’s motorcade and that of his deputy will make their way into the grounds flanked by a military parade which will be ready by the time they arrive.

The outgoing president will then avail himself for the handing-over ceremony which will be preceded by a short session of prayer and entertainment from a lineup of artists.

The Chief Justice will administer the oath of office to the president-elect alongside the Registrar of the High Court.

Once the president-elect is sworn in his deputy will likewise take the oath of office after which President Kenyatta will hand over the symbols of power such as the Constitution and the sword of power to the new president.

The newly sworn deputy president will then take to the podium to make an address after which he or she will invite the outgoing president. Their speeches will be prepared by the organising committee.

After this, the outgoing Head-of-State will welcome the next president of Kenya to the stage to make his address. The national anthem will be played as the presidential standard is changed to conform to the new administration.

After exchanging a few words, the outgoing president will vacate the premises to signify that a new administration has officially ascended to power.