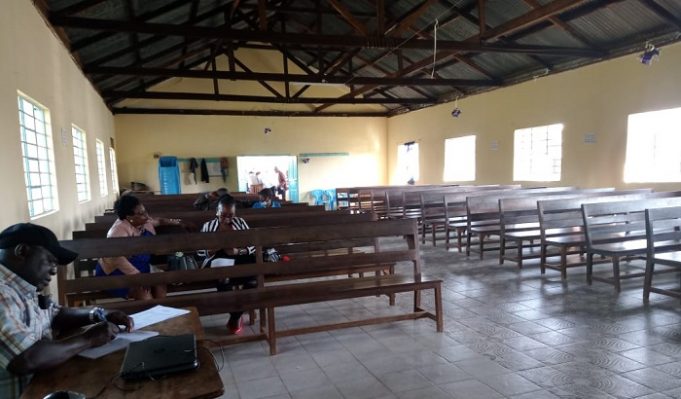 Irked Teachers Storm Out Of MNS AGM, Leaving Officials With An Empty Hall

The planned county based Mwalimu national Sacco annual general meeting did not go as planned in most counties across the country. This is after teachers, who attended the events with hopes of reaping hugely, felt disappointed upon realising that they had been misused by crafty mwalimu national sacco officials to provide evidences for money wrongly spent.

In Vihiga county, the meeting which began at about 10.30 Am with an almost over occupied hall, ended with only the speakers from the mwalimu national sacco (who remained addressing unoccupied pews), a delegate and a handful of members, who felt uneasy attending an event and leaving with neither lunch nor signing.

The teachers, who were carefully following the speeches at friend’s church Mbale, began feeling impatient when the speeches were ignoring what they wanted to hear most-allowances. With earlier rumours that the officials in charge had been given only ksh. 77,000 to cater for the venue, snacks and allowances, the teachers who attended even became more restless with the ballooning numbers of teachers, who were still registering. The most disappointing part was that those who missed space within the swollen church hall overnumbered those were lucky to be confined within the hall. All that the members wanted from the officials by noon was a confirmation of those rumours.

Immediately an MNS official finally confirmed the rumours to be true, members began walking out in large crowds, cursing the day they signed MNS membership forms and their friends who introduced them to the ‘Parasitic’ SACCO.

What annoyed the members most was the thought of signing for only ksh. 100 after spending over ksh 200 on one-way transport and over 4 hours hungry in a stuffy hall.

“After spending our time and money, they are now telling us that out of the ksh. 77,000 that they had, they have remained with only ksh. 50,0000, implying that each of us would get below ksh.100. They are doing this yet we give them so much and get very little in dividends. This is a blend of theft, misuse and witchcraft,” complained a charged teacher.

With most of the members gone,the few members who remained got something to take back home.

A similar situation was reported in most counties that held their AGM on 5th February 2022.

You Are Wrong By Excluding Unions in The CBC Taskforce, Unions...

Primary School Teachers Demand To Be On The CBC task force...