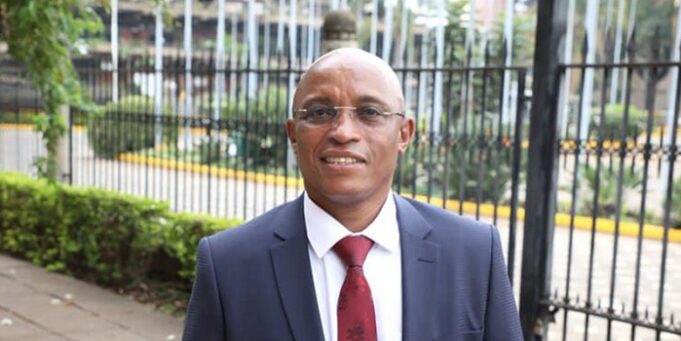 Employment and Labour Relations court judge Nduma Nderi strongly defended his decision to award teachers 50 to 60 per cent pay increase in 2015, maintaining that his decision helped stop the numerous strikes by teachers.

Before the panel of nine Judicial Service Commission members interviewing him for the chief justice position,  Nderi said his decision only implemented what had been negotiated and agreed by the parties before Salaries and Remuneration Commission stepped in.

Nderi said there was compelling evidence from the teachers that they were earning from Sh15, 000 a month with most of them earning less than ksh. 30,000.

“I believe were it not for that decision the situation of teachers would not have changed. Today all teachers got between 50-60 per cent pay rise which is what I had initially ruled,” he told the commission.

Commissioner Macharia Njeru raised concerns regarding the ruling arguing that the judge ignored the effects that the verdict might have caused, especially an economic one.

According to the commissioner, the evidence produced in court by economy experts stated that had the court given the award ruled by Nderi at the time, the implication would have been so big that it would have affected the country’s wage bill enourmously.

“Despite all the evidence that was submitted by all these economist and specialists you still ignored all that and went ahead and gave 50 to 60 percent award, notwithstanding all the implication and there was no budget for it. You were even told you were taking over the work of five other institutions; SRC, TSC, Controller of Budget, Parliament and the National Treasury. If you became the Chief Justice and you’re not looking at the bigger picture, how would that work?” he asked.

Justice Nderi however responded that his decision helped stop the many strikes happening every beginning of the year despite the decision being overturned by Court of Appeal.

“SRC engaged into negotiations which have resulted in salary increment in the same line I had ruled…In fact, I believe until today, were it not for my decision, the situation of teachers would never have changed,” he told the Commissioners.

“Even before the matter was over at the Court of Appeal, they had already started implementing and all teachers got between 50 to 60 percent salary increment and there has never been a major strike by the teachers since then and that was my focus because the children and the parents had suffered so much.

Every beginning of the year there was a strike notice for a long period, those are things I took into consideration,” he added.

The Judge noted that when the matter went to the court of appeal it was handled by a bench that had commissioner Mohammed Warsame as a judge of appeal  and  the three judge bench at the interim stage upheld his  decision and ordered the decision to be implemented.

“A five judge bench was later constituted to counter the decision by Justice Warsame’s Bench which overturned my decision. Even at that stage there was no unanimity on the matter.

The government itself implemented the same terms if not better,” he told the Commission.