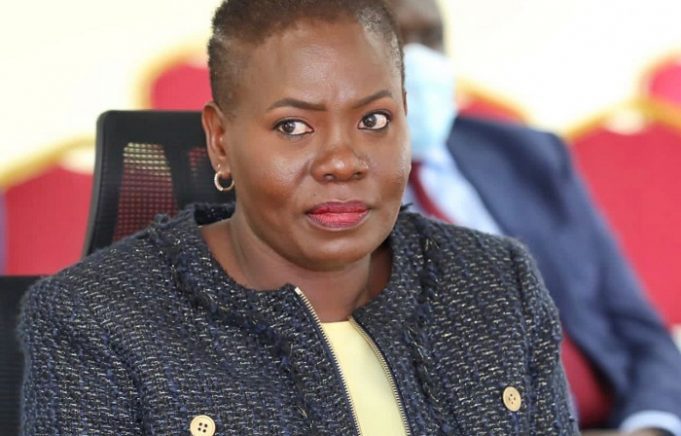 Senators have demanded a status report on land title deeds for public schools, more than six years after President Uhuru Kenyatta ordered the documents to be issued.

The Senate’s Land, Environment and Natural Resources Committee has summoned Lands Cabinet Secretary Farida Karoney to appear before it today (Tuesday) to shed light on the matter.

A letter from Senate Clerk Jeremiah Nyegenye says Ms Karoney is expected to be grilled on what steps the ministry has taken to put into force the President’s 2015 directive.

The Senate’s action follows a request for a statement in November last year from Kericho Senator Aaron Cheruiyot on the status of the programme.

Another request for a statement had been made a month earlier by Nairobi Senator Johnson Sakaja on the demolition of Martin Luther Primary School in Makadara constituency, Nairobi, by unknown people claiming the land.

Senator Sakaja also sought a status report on the issuing of title deeds to public schools in Nairobi County.

But Ms Karoney had failed to honour the Senate land committee’s request for a comprehensive written response to the issues raised by the two senators.

She had also failed to honour invitations to appear before the committee to discuss the requested statements and related matters on five different occasions – on October 14 and 28 and on December 1, 7 and 8, 2021.

In the letter to Ms Karoney, the Senate warned that if she fails to appear and produce the required documents, “the committee may impose upon you a fine not exceeding Sh500,000 or may order … your arrest pursuant to sections 19(1) and (3) respectively of the Parliamentary Powers and Privileges Act, 2017 … or imprisonment for a term not exceeding six months”.

In his State of the Nation address last November, President Kenyatta promised to secure the land tenure of Kenya’s educational institutions by issuing them with title deeds.

He said no school should sit on land that it does not own, terming the titling process a key plank in education reforms.

“The founding technocrats of our nation did not envisage a situation where secure tenure for schools would be an issue in the future. But today, our school titling programme has become increasingly important,” President Kenyatta said.

It is against this backdrop that senators want a report on the status of the programme.

They also want a list of schools that have not received their title deeds, along with the reasons why they lack the documents.

Lawmakers also want Ms Karoney to explain whether a panel formed to deal with the issue receives any funding from the government to fast-track the process.