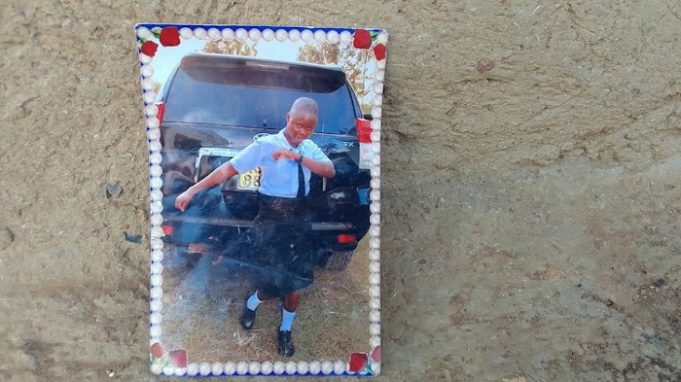 Velma Anita Ochieng died on this morning under circumstances that her family terms negligence by the facility’s health workers at the hospital.

According to the hospital’s CEO Peter Ogolla, Velma underwent a successful surgery and delivered a baby.

The 19 year old Velma was a student at Nyajanja Mixed Secondary School in Kochia, Rangwe, who was expected to sit her exams this week.

She was admitted to hospital on Saturday at 5 pm after showing signs of labour.She was expecting her first child.

According to her family, she should have delivered successfully if doctors were dedicated to their work.

They were hoping the deceased would be taken to the theatre for a Cesarean section because her pelvic bone had not developed to allow her deliver normally.

A report written by doctors, however, said the student was supposed to deliver on December 7.

Her aunt Selah Ayaga said the student was in a lot of pain when she was admitted at the maternity ward.

“The girl was overwhelmed with pain but a security guard continued to deny us access. Some medics assumed us despite the pain and situation we were undergoing,” Ayaga said.

Attempts by Velma’s family to ask doctors to take her to the theatre immediately failed as they were allegedly dismissed by doctors.

Later, when her condition worsened, medics decided to take her to theatre but she died after delivery.

Ayaga accused health workers at the hospital of negligence saying no one paid attention to the student when she was in pain.

“It’s this hospital where caretakers with patients in critical condition are blocked from being with their kin. Officials in charge of the hospital should have realised the facility is not offering services as it should,” she claimed.

Ogolla said the hospital cannot yet confirm what caused the death of the student as they wait for a postmortem to be conducted.

A medic examined the student and found that she was in the early stages of delivery.

“Her cervix dilation was confirmed to be 2 cm instead of 10 cm size which is normal for delivery. Her dilation got stuck at 5 cm,” he said.

He said the Velma was put on bed with health workers monitoring her after every four hours.

After the third examination, medics discovered that her cervix could not expand further and allow for normal delivery as the head of the infant could not pass through the narrow cervical canal.

Ogolla argued that there was delay in attending to Velma because medics who were responsible for conducting cesarean section were attending to two patients at the time.

In a report written by a doctor who attended to her said the operation was successful and the patient was taken back to the ward with her baby.

But later, Velma complained that she had pain in her lower abdomen before she was given pain killers to reduce the pain.

The medics also found that she had low blood pressure.

“Medics tried to stabilise her blood pressure without success. Her vital organs became unresponsive and she died,” Ogolla said.

Velma’s body was taken to the mortuary at the hospital.