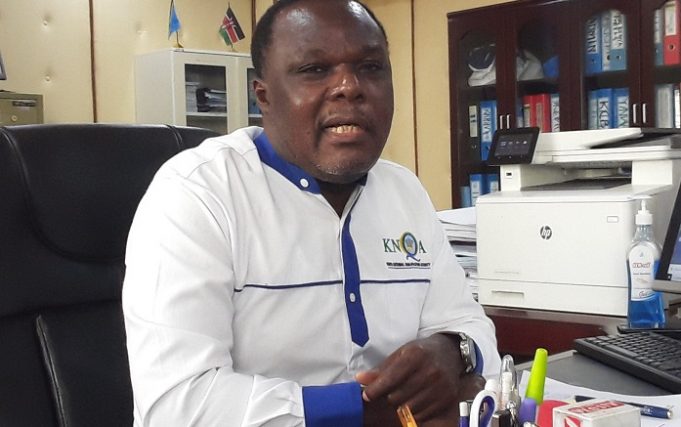 The Kenya National Qualifications Authority (KNQA) has been operating without the approval of Parliament, a committee ruled yesterday.

It also emerged that the authority did not forward the regulations to operate to Parliament as required by the law.

The Commission for University Education (CUE) and the Technical and Vocational Education Training Authority (TVETA) had complained that powers to certify qualifications are vested in them and not KNQA.

Magoha Takes On KNQA, CUE,TVETA Over Authority To Recognize Of Academic Qualifications

Magoha Leads a Team from KNEC and Ministry in Overseeing KCPE, KCSE Proofreading in UK

And now the fight has spilled over to Parliament with members of the Public Investment Committee (PIC) accusing KNQA of adjudicating the role of recognizing academic papers obtained locally or abroad without the approval of Parliament.

Authority Director General Prof Juma Mukhwana was hard pressed by the committee chairman Abdulswamad Nassir to explain why his organisation was operating without the approval of Parliament.

“What concerns the committee is the fact that the authority has been operating without approval by Parliament, you know very well that that is illegal,” said Nassir.

TVETA overzealous But in response, Mukhwana told the committee that the authority was the only legally recognized body mandated to clear academic qualifications.

He said he would not respond to the question as to why the regulations were not forwarded to Parliament since that was the prerogative of the Cabinet Secretary.

Mukhwana said the whole issue was being engineered by TVETA, which wants to allocate themselves assignments which belong to others. “The TVET boss should be tamed.

He wants to be everything. The law is clear that we are the ones mandated to certify qualifications,” he charged. He accuse the TVET chief of being overzealous and unprofessional.