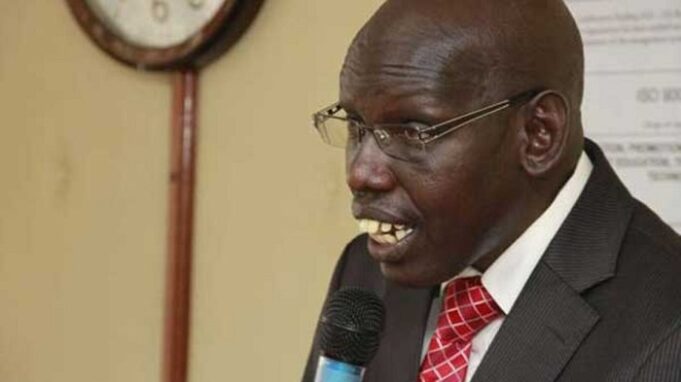 Kipsang: This is Why We Must Abolish Boarding Schools

The Ministry of Education has revealed plans to abolish boarding schools for Grades One to Nine from January 2023, a move that has shocked many parents since it comes just six weeks to the reopening of schools

Announcing the shocking policy shift, the principal secretary for Basic Education, Dr Belio Kipsang, said the learners need to be close to their parents and guardians.

This comes as a shocker for parents whose children are already enrolled in boarding schools, but the move was praised by headteachers, who insisted parents must take up the responsibility of raising their children.

“The real reason we want to do away with boarding schools is to make education affordable. On average, parents pay up to Sh45,000 per year in extra county schools and Sh53,000 in national schools. [It’s even higher] in private schools,” explained the PS.

The policy shift is one of the recommendations made by the Presidential Working Party on Education Reforms and presented to President William Ruto last Thursday. The President announced that junior secondary school will be domiciled in primary school, a departure from earlier plans to have it in secondary school.

The government will also not allow private schools to register boarding sections for junior secondary school. Registrations for new private primary schools seeking to have boarding facilities will also not be approved.

“We must walk together to make learners acquire good values. It’s the only way we shall be able to engage with our children. For the first nine years of learning, between Grades One and Nine, the government will insist on day schooling,” Dr Kipsang said, adding that this will allow parents to play their role within the competency-based curriculum and not delegate their responsibilities to teachers.

Yesterday, in a speech read on his behalf by Dr Kipsang at the conference, Dr Ruto said he will ensure access to education for all by partnering with stakeholders to build low-cost boarding schools in arid and semi-arid areas and for pastoralists communities, in what the PS said was an “intervention policy”.

“When their parents go out to look for pasture, we want to make sure the children are in school. We are encouraging all junior secondary schools to strive to be an environment that allows children to be close and bond with their parents. For the existing boarding facilities, local communities and the state will agree on the way forward,” he added.

Most headteachers welcomed the change.