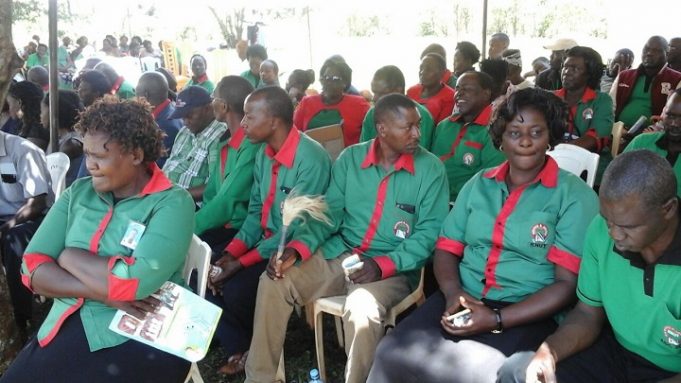 The decision by the Ministry of Education to abolish boarding primary schools has received the backing of a teachers union, head teachers and the chair of a parliamentary committee.

The directive that learners from Grade 1 to 9 should be in day schools from next year was made on Tuesday by Basic Education Principal Secretary Belio Kipsang during the Kenya Primary Schools Head Association (Kepsha) annual conference at Sheikh Khalifa Bin Zayed Primary school in Mombasa.

KNUT Pushes For Salary Increment, Promotions Ahead of Grade 7 Roll out in Primary Schools

Kipsang: This is Why We Must Abolish Boarding Schools

“The idea being propelled in the education sector is to make education affordable. Boarding schools are expensive … ,” said Mr Oyuu.

He urged the state to be accommodative of the existing schools so that there is no wastage of resources and parents are not affected.

In an interview with the Nation, Dr Kipsang explained the move will make education affordable, saying that on average national and extra county schools charge Sh53,000 and Sh45,000 on average in annual fees.

However, he said public primary boarding schools make up less than 5 per cent of all schools. In arid and semi-arid areas, he said, the government will maintain boarding schools.

“When their parents go out to look for pasture, we want to make sure the children are in school. We are encouraging all our junior secondary schools to be an environment that allows children to be close and bond with their parents. For the existing boarding facilities, the communities and the state will agree on the way forward,” he said.

The chairman of the Parliamentary Committee on Education, Mr Julius Melly, said: “Many parents have left their responsibilities to teachers, in fact, they wish that all their children to be in boarding schools. Many of us don’t know our children. Let all the schools be day schools.”  He said parents will now be able to guide and counsel their children.

The Kepsha national chairman Johnson Nzioka said: “Why should we have a 10-year-old going to a boarding school? We need that bond established between the parent and child. ”

However, some teachers faulted the directive. Makuli Primary School head teacher Peter Mutuku said the move will affect many parents who work in far-off areas and may lack time to be with their children.

“The existing few boarding primary schools take care of that. Most of the parents who take their children to boarding schools are happy with what goes on there and so are the learners,” he said.