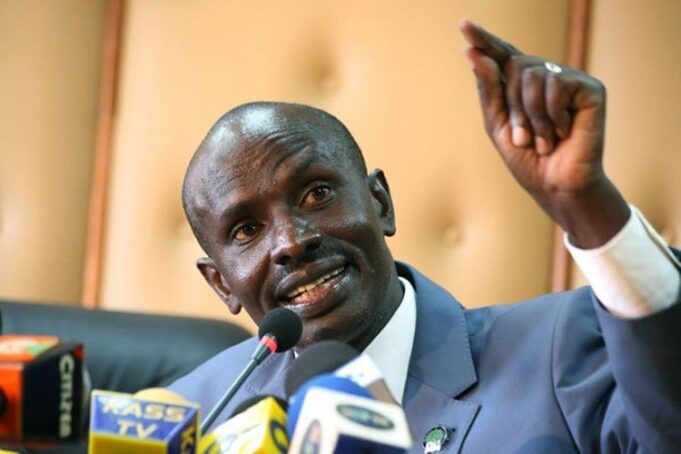 The Kenya national union of teachers, KNUT has not hesitated to reject the CBA proposal that the teachers service commission, TSC presented to the salaries and remuneration commission late last week. KNUT secretary general Wilson Sossion, claims that they had not reached a consensus with the teachers’ employer. This comes a day after the rival KUPPET, rejected and distanced herself from the same proposal.

According to the proposal, classroom teachers ( Job groups B5-C3 ), were to be awarded a proposed maximum increment of 32%  on the basic salary spread over 4 years, beginning July 2021. Their counter parts in job groups C4 – D5 were to get a proposed maximum increment of 22% on their basic salaries. In addition to that, TSC proposed an increment of 10 % and 20 % respectively on house and commuter allowance, beginning July 2021. A good number of classroom teachers applauded the move by TSC, despite the fact that their unions are uncomfortable with it.

During their meeting with TSC, which never ended in a mutual agreement, KNUT proposed an unrealistic salary increment of between 120%- 200% on the basic salary. This would mean that the lowest earning teacher would have the current basic salary tripled by 2024. In addition to the basic salary, KNUT also proposed a 50% increment on house allowance and commuter allowance.

KNUT accuses TSC of betrayal and evasion of talks pertaining to salaries, and going ahead to sneak an illegal offer document to the SRC. It wants teachers’ unions to be part of the discussion that would lead to settlement for a reasonable offer. There is a likely hood that the long time rivalry between TSC and KNUT has just been refreshed.

SRC Will not Order Us

‘We shall not take orders from the SRC since they were not part of the negotiation team,’ said KNUT secretary general Wilson Sossion. This received a back up from honorable Cherargey, who claims that TSC has violated the major principles of negotiation and mediation.