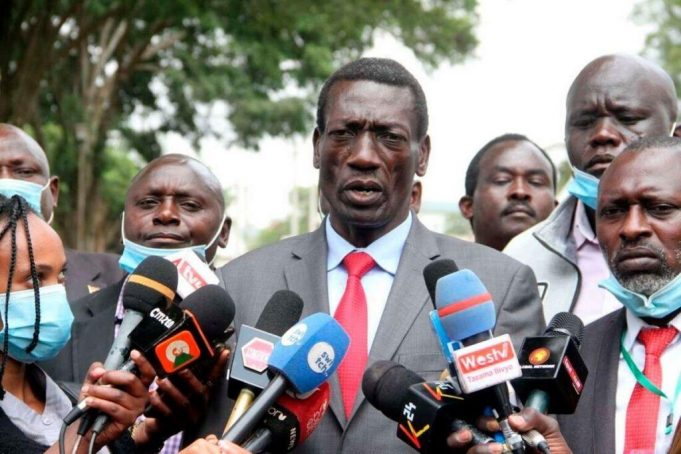 The demand for a 60 per cent pay rise and a tribunal to deal with disciplinary cases are among the pertinent issues set to dominate the upcoming KNUT conference.

On the delocalisation, KNUT argues that the deployment and transfer of teachers has affected families. It aims to have a sit-down with the Teachers Service Commission and share a proposal on 60 per cent pay rise for teachers across the board.

According to KNUT, the last Collective Bargaining Agreement (CBA) of 2017 to 2021 had been considered and this time round they are pushing to have all teachers to benefit.

KNUT is further urging the employer to allow them to handle teachers’ disciplinary cases in their appeal tribunal which was abolished without proper reasons.

“TSC accuses teachers, hears the cases and determines them. Initially, we would sit with TSC most of all when a case has been given dismissal and the teacher would apply again and the tribunal would seat where the union is present,” said Collins Oyuu, Knut secretary general who spoke in Kisumu yesterday.

Oyuu claimed that most of those policies were dictatorial and were made without proper consultation with stakeholders. They said the policies were no longer tenable for them.

He said the union will use the conference to also discuss and deliberate on the employment of more teachers to cushion and curb teacher shortage in the country which shall begin in the first term of 2023.

He acknowledged that the government through the TSC has already advertised for about 35,550 vacancies for both primary and secondary school teachers.

Mr Oyuu said the union is expecting very positive, encouraging deliberations and discussions among the about 2000 delegates expected from over 100 branches across the republic to attend the conference.

“We will also talk about reviewing the education system to accommodate stakeholders’ views. We missed a point during rolling out the Competency Based Curriculum (CBC) and that is why the president had to come in very fast to stop the train that had already left the station,” he noted.