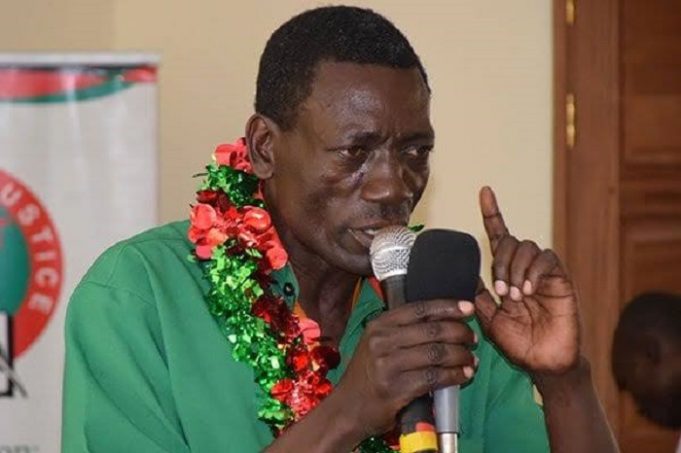 The Kenya national union of teachers, KNUT, National advisory council has welcomed the proposal that retirement age be increased to 65 years. The new constitution will also allow officials who clock the retirement age to complete their five-year term in office.

“Every national official and full-time elected officials of the union shall vacate office at the expiry of five years but shall be eligible for re-election up to 65 years,” said Oyuu.

He said strict adherence to the age limit is unfair to holders of elective positions, and has been a major cause of litigation during elections.

“Members and officials have been fighting among themselves because of the grey areas that were not addressed in the Knut constitution about the age of retirement,” said Oyuu.

He said while the constitution sets retirement age at 60, it also talks of a five-year term for elected officials.

“And so whatever comes first is what takes precedence” said Oyuu.

In their resolution, the Advisory Council said the age limit be raised to 65 to end litigation and chaos during elections.

The net effect of this is that elected officials whose terms overlap the set age limit will complete their tenures.

Oyuu also said the union constitution revised in December 2015, gave the office of the SG additional powers of the CEO.

He said the title of a CEO has been used to intimidate union members besides making erratic decision without consultations.

The current constitution, under Article Six, spells out designations and duties of elected officials and says the secretary general shall also be the CEO of the union.

Oyuu said proposed changes seek to strengthen the union structures by making sure that organs such as the NEC get the powers to make major decisions.

According to Knut’s constitution, NEC is empowered to act as the supreme authority and to transact the business of the union between the Annual Delegates Conference by ensuring that decisions and policies of the ADC are fully executed.

The union also resolved to seal loopholes that allowed ex-SG Wilson Sossion to continue serving even after his nomination to Parliament.

Knut has now introduced a new law to bar any member of the executive or holders of a national office from holding a political office.

“We want to include that any member or official of the union elected, nominated or appointed to a political party position, or to Parliament, should give way for the rest to lead,” reads the proposed law.

The Advisory Council argues that membership is comprised of teachers with different political persuasions, whose personal interest must be guarded without causing unnecessary conflicts between them and the leadership.

“For instance, on branches, the constitution makes reference to districts, which are no longer existent.

“The union shall consist of branches organised as far as possible, on a districts basis whose membership shall be approved by the NEC on application,” it reads.

It further states that each branch shall have at least 1,000 members.

The revised recognition agreement signed in August reduced Knut branches to 47 up from 110.

But according to the constitution, each branch is expected to have three top officers – chairman, executive secretary, and treasurer – each with an assistant. Together with a woman representative, these officials form the branch steering committee.