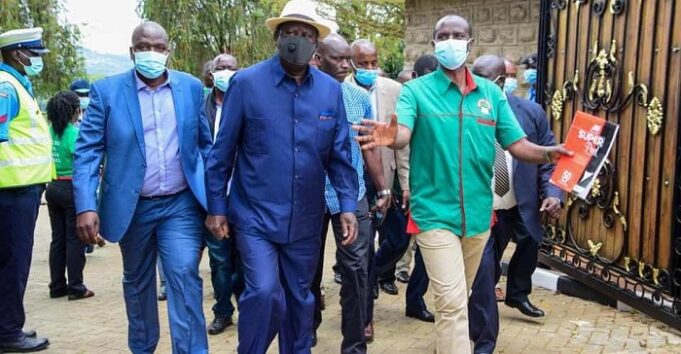 The Kenya national union of teachers, KNUT, in its effort to fight for better and stronger for teachers’ rights, has plans to have a teacher commissioner in the TSC.

KNUT secretary general Wilson Sossion confirmed that there are plans to remodel the union through the proposed constitutional changes under the Building Bridges Initiative (BBI) so that teachers are properly represented.

“The architecture of the TSC must be revisited. The minimum we will ask for is to have teachers appoint their own commissioner to represent them. This will be done through the BBI process due to the adamant disregard for the law by the current commissioners,” said Mr. Sossion.

“Just like the proposals to have political parties nominate commissioners to the Independent Electoral and Boundaries Commission (IEBC), teachers must also have the opportunity to appoint a qualified Kenyan to represent them. This person to be appointed by teachers does not have to be a unionist,” he added.

The official further accused the commission of illegally suspending a negotiated, valid and legally signed Collective Bargaining Agreement (CBA) for 2017-2020, which he noted has resulted in lack of promotions and salary increments.

“We signed a CBA which cannot be withdrawn. We have a certificate but the TSC suspended the document unilaterally,” he said.

Sossion strongly believes that the BBI document will effectively remodel TSC representation so that teachers will also voice their concerns with regards to appointment of TSC commissioners. Through the unions, KNUT and KUPPET, teachers will be able to appoint a sober commissioner, who will represent their interests amicably in the TSC.