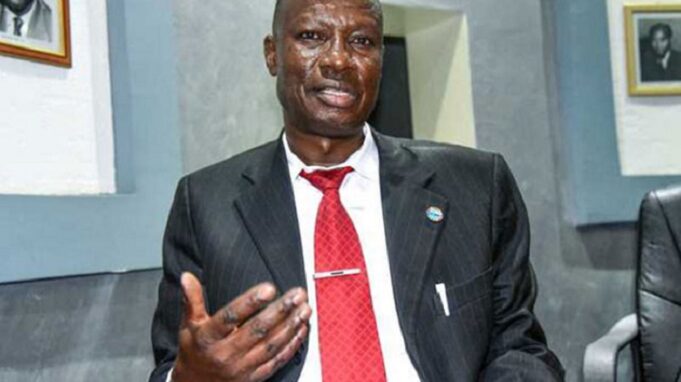 KNUT Ready for Dialogue with TSC

Kenya national union of teachers, KNUT, has hinted a possible interest in dialogue with the teachers’ service commission, TSC. KNUT deputy secretary Hesbone  Otieno, said that they are ready for a dialogue with TSC, concerning the salary increment of teachers.

Otieno asked TSC to discuss with the union, instead of intimidating teachers, arguing that implementation of the 2017-2021 CBA is long overdue.

He was addressing transmara teachers in kilgoris, where he also hinted of a looming teachers strike in case TSC will not agree a table talk with the union.

He said, “TSC should not expect good results, more so during the current curriculum transition period, should it continue treating teachers like slaves.”

The KNUT leader faulted Magoha for blaming teachers on duty and prefects for the arsons and unrests going on in schools.

“Security is a collective responsibility and the CS should reverse his stand on the matter because failure to do that will cause disharmony among various education stake holders,” Otieno claimed.

Otieno and his boss wilson sossion, are speaking one language concering the talks and the strike

“We hereby issue a 14-day notice from the date of this letter and failure of action from your part shall lead to full-blown industrial action.” Reads Sossion’s letter to TSC.

Sossion states in his dated 10TH February letter, that despite many pleas by the union to start negotiations on the 2021-2025 new collective bargaining agreement (CBA), TSC has not responded.