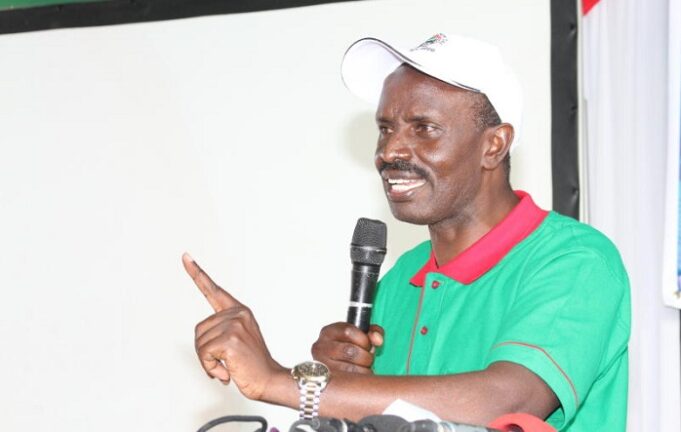 The Kenya National Union of Teachers (Knut) has set the date for national elections.The union’s National Executive Committee (NEC) members allied to Secretary-General Wilson Sossion and acting National Chairman Collins Oyuu said that the polls will be held on June 26, 2021 at the Ruaraka Sports Club in Nairobi.

The 44 NEC members resolved that the exercise, where 1,878 delegates are expected to take part, will be an in person poll as opposed to a virtual exercise.

In a meeting held at the union’s headquarters in Nairobi’s Mfangano Street, NEC and National Steering Council (NSG) – the union’s top decision making organs – resolved that nomination papers will be submitted on June 25 to officers from the Ministry of Labour at Ruaraka Sports Club.

Knut’s 110 branches have been mandated to prepare and validate a list of delegates for the Special Delegates Conference (SDC) and forward it to the union headquarters by close of business on June 18.

Four top branch officials – Executive secretary, treasurer, chairperson and woman representative – will get automatic tickets to the Special Annual Delegates Conference (ADC) while branch executive committee members will get the other slots. Should there be additional slots, ordinary members will be incorporated as delegates.

“The nomination of delegates to the Annual Delegates Conference shall be carried out by the branch executive council. Top officers of the branch shall automatically be delegates depending on the number of delegates allocated to each branch,” Secretary-General Wilson Sossion in a statement.

The notice to the branches – has been copied to Labour and Social Protection Cabinet Secretary Simon Chelugui, Principal Secretary in the Ministry Peter Tum, acting Labour Commissioner Hellen Apiyo, and the Registrar of Trade Unions Mrs E.N Gicheha.

The Saturday NEC meeting, the first to be held since 2018 despite the constitutional provision that it be held thrice a year or in such a time that the secretary general and the national chairman deems fit.

Acting national chairman Collins Oyuu is expected to face off with Mr Sossion in the polls after Kericho branch executive secretary Stanley Mutai dropped out and settled for the first national vice chairman position.

Three times in a row, NEC members allied to Mr Oyuu had settled on the date in meetings skipped by Mr Sossion.  Delegates will elect new office bearers with 11 positions at the national steering level and 44 NEC positions up for grabs.

The union is faced with a financial crunch following its spat with the Teachers Service Commission (TSC) that has seen its membership numbers and dues dwindle to Sh35 million a month from Sh147 million two years ago.

Mr Sossion is on record stating that the union requires Sh100 million to fund the election. As a result, it is looking up to international trade unions and organisations to fund the national election.

Due to sharp reduction in membership dues, branch officials and employees have gone without salaries for over a year while some offices have been closed over rent areas as others face auction from landlords.

The NEC meeting comes as 18 branch executive committee members in Bomet rallied behind Mr Sossion to retain his position.