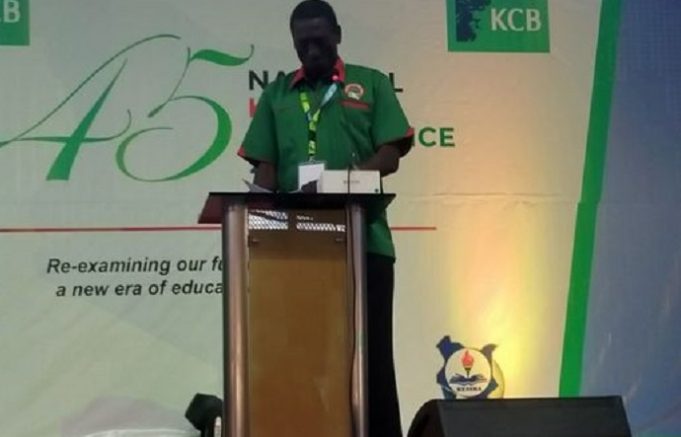 KNUT Survey: These are the Gaping Holes in CBC Implementation and Transition to Grade 7

The survey, which was commissioned by the Union in March 2019, shows that perceptions of head teachers and teachers were largely skewed against major areas of CBC implementation.

The research report, titled Teachers Preparedness for the Implementation of the CBC in Pre-Primary and Lower Primary Grades in Kenya, shows that teachers (33.5 per cent) and head teachers (40.5 per cent) said they did not fully understand the teaching approaches to be applied in the different learning areas.

Teachers and Parents Lead Calls For Suspension of CBC

They also disagreed that they are conversant with all the stages and programmes for the implementation of CBC at 35.0 per cent for teachers and 40.5 per cent for the Heads.

Further, on the question of whether they agreed they have been provided with all teaching materials needed for a successful implementation of the CBC,33.3 per cent of teachers and 33.6 per cent head teachers said no.

The findings also show that teachers (32.1 per cent) and head teachers (33.2 per cent) said they are in no position to support another teacher on the different learning areas in the CBC.

Regarding the assessment of the CBC learners,30.9 per cent of teachers indicated that they do not provide assessment tasks, which means the attainment of specific competencies in each learning area is not measured.

Further,39.8 per cent of head teachers did not fully understand how to develop appropriate materials for teaching in each learning area.

A total of 1,455 teachers and 304 head teachers from 405 schools distributed across 37 counties, in addition to 48 KNUT Branch Executive Secretaries, were involved in the research.

The research findings further show that mentorship and support programmes for the implementation of the CBC were not conducted to equip head teachers and teachers with the necessary tools to carry out their duties.

“Study findings indicate that 52 per cent and 57.6 per cent of the headteachers and classroom teachers respectively had not received any mentorship and support after the initial training,” reads the report in part.

The report also notes that teachers were not satisfied with their knowledge and understanding in key competency and learning areas, learning resources to use per strand and sub-strand, assessment methods of learning and individual learners, grading assignments, and development of teaching aids.

The report, too, indicates that there is either lack, or inadequacy of instructional material for the CBC implementation, which also vary according to the school category.

According to the report, some of the key challenges facing the CBC implementation are that lesson plans and schemes of work are too lengthy and entailed too much preparation and paper work at the expense of teaching time.

Assessment rubric refers to a teacher-made tool structured and tailored to assess learners in acquisition of a given set of instruction.

It is believed that KNUT will heavily rely on the findings of this research and other documents to prepare their submission to the Presidential Working Party of Education Reforms (PWPER) that was formed to review the system.

“What we actually came up with, is what is being realized now! Nobody listened. We are lucky the train which had left the station has slowed down. We are presenting our research document from the March 2019 survey to the engine drivers,” said Collins Oyuu, KNUT Secretary General.

He also revealed that they will forward to the taskforce the reason Junior Secondary School (JSS) should be domiciled in primary school, being the focal implementers of CBC.

“The second document that is already out is a research report of October 2022 of domiciling Grade 7,8 and possibly 9 in primary school,” said Oyuu.

The argument is that there is enough infrastructure and qualified teachers from P1 to higher qualifications at Bachelors, Masters and PhD levels.

Other stakeholders are inclined to reforms. While appearing before the Parliamentary Committee on Appointments on October 21,2022, the new Education Cabinet Secretary (CS)Ezekiel Machogu noted that there had been contentious issues surrounding CBC implementation that must be streamlined.

“Teachers have been undertaking one week’s trainings and that is not enough to understand the content of a curriculum. We, however, have another opportunity to fine tune it. We are giving teachers a chance to give feedback on this,” said Machogu, clearly referring to the education taskforce