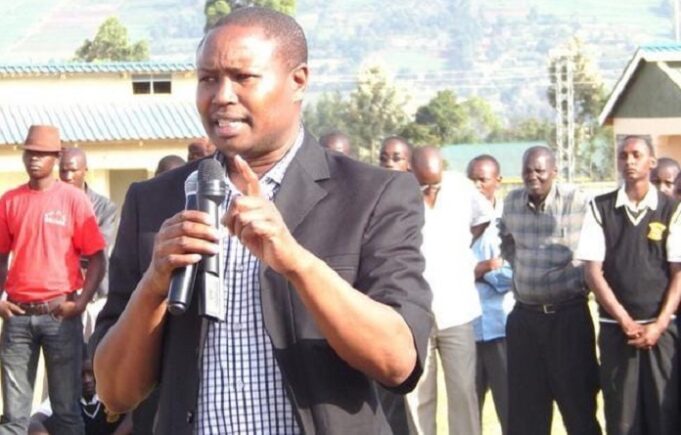 Teachers from Bomet County have strongly opposed the newly introduced guidelines from their employer requiring them to undergo a mandatory refresher training course.

Terming the move as punitive, they wondered why the government is not gathering for the costs of the training as compared to other civil servants in the public service commission.

Through the Kenya National Union of Teachers (KNUT) national executive member Malel Langat, the teachers’ poked holes into the new program saying it casts aspersions on the qualifications of the teaching fraternity in the country.

Warning that the process might fail, Malel pointed out that it should be voluntary and not compulsory since there are teachers who are approaching their retirement ages.

“This is a process which should be made optional, it is wrong to force teachers to go back to school yet they are the ones paying for it…focus should be on the young and newly recruited ones,” he stated.

He said the move is ill-informed, unrealistic, and unconstitutional, arguing that as a union, they were not consulted and public participation was not conducted as envisaged in the Constitution.

EACC Demands For A List Of heads charging extra fees

Basic Salary Scales of TSC Chief Principals (T-scale 15) and How To Become One.

“We demand further consultations on this matter with all stakeholders before it is implemented, in fact, we read mischief on the motive behind it, this is not an emergency,” he stated.

“We shall not participate in the process if we are being told to gather for the costs of the training…public service commission pays for its employees but we wonder why TSC is subjecting our teachers to such unnecessary sufferings,” He continued.

TSC’s new program states that every teacher should be paying Sh6, 000 each year for a period of five years to complete the course.

The program was introduced in 2018 to replace the schemes of service, which TSC said will be a useful guide on promotions.