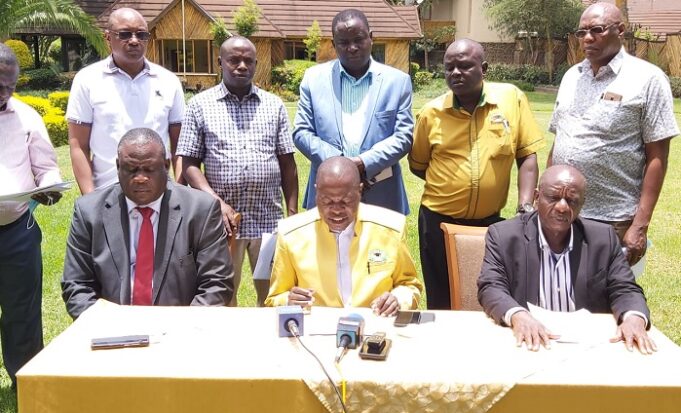 Reliable Sources have hinted that KUPPET has adjusted its CBA 2021-2025 salary proposal to between 45 to 60 per cent, after lobbying, from the initial 30 %-70%. These new details emerged after the KUPPET-TSC Naivasha retreat.

The KUPPET’s initial proposal would see the lowest-paid teachers’ salaries rise from Sh21,756 to Sh36,985 while those in higher cadres under Job Group D4 who currently earn Sh118,242 would take home Sh153,714. The new adjustments, if implemented, will enhace an even better package to the lowest earning teachers.

KUPPET was reacting to the SRC job evaluatuin report, which recognised the huge work loads teachers have and the additional responsibilities that will come in the wake of the CBC curriculum.

TSC sent its proposed salary offer of between 16 to 32 per cent to the SRC on September 29, last year.

In the letter to SRC, TSC Chief Executive Nancy Macharia, recommended that teachers below Grade CA to D5 get a 16 per cent salary increment while teachers in Grade B5 to C3 would get a 32 per cent raise.

“This is therefore to submit to your office the TSC recommendations for your advisory on the remuneration of teachers for the next CBA as required by the Constitution and the law to enable us commence and conclude the 2021-2025 CBA with recognized teacher unions on time,” Dr Macharia said.