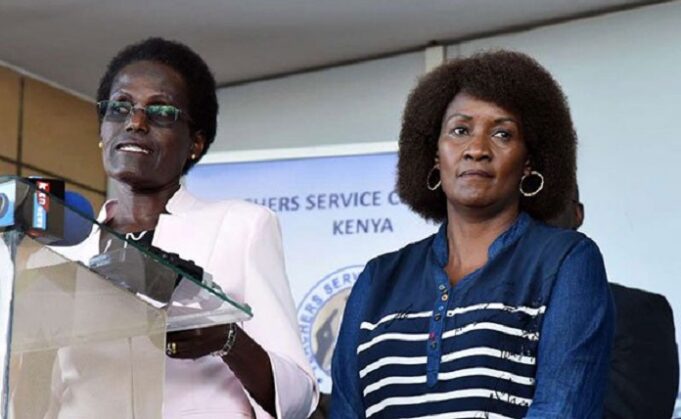 The Kenya national union of teachers, KNUT, has moved to court seeking to have high ranking Teachers TSC officials jailed for disobeying court orders. In a fresh move likely to refresh the legal battles between KNUT and TSC, KNUT specifies the jail term of not less than six months for the officials, as per its application in the Employment and Labour Relations Court.

KINUT accuses the officials for snubbing orders barring them from implementing a circular on transfers, appraisals, promotions, training and union membership. It also states that TSC defied orders that required it to shelve career progression guidelines (CPGs) issued in 2018, and that it has ignored reminders that the orders have not been set aside.

“Despite being aware of a pending application for contempt, the first contemnor has continued to place advertisements and issued circulars for implementation, including applications from suitably qualified candidates through career progression guidelines to fill the vacancies created,” says Knut’s lawyer Hillary Sigei.

If court grants KNUT the orders, all promotions of teachers undertaken under the contested CPGs could be affected. It also means that about 14,000 recently advertised promotions would be stopped as TSC said they were purely based on CPGs.

All Knut members who were disadvantaged by the implementation of the CPGs, which included benefits to the Sh54 billion collective bargaining agreement, will be considered.

According to KNUT Secretary-General William Sossion, Justice Ongaya quashed the promotions circular, which had limited career progression to those with teacher training certificates. He insists that TSC has been engaging in illegality by breaching various sections of CBAs, the Code of Regulations for Teachers, and clauses of international labour laws.

TSC was ordered to follow the scheme of service on promotions and align it with the CBA signed with the unions.

The officials that KNUT wants jailed are: