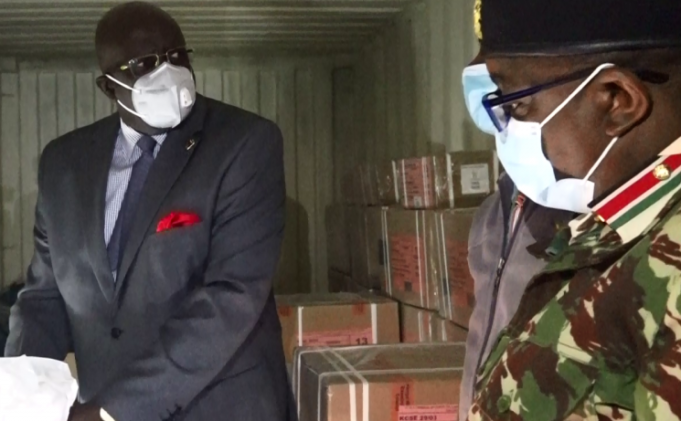 Magoha  caused Drama during the opening of examinations container in Machakos upon realizing  that some of the exam centre managers were accompanied by youth in NYS uniform to collect examinations materials.

He quarreled the police bosses in the region and insisted that no one from the NYS should man the examinations.

The minister maintained that only commissioned officers who are armed should be allowed to man the test.

This is the second time Prof Magoha has raised an issue with the manning of examinations in Machakos County.

During the Kenya Certificate of Primary Education, the minister lamented that some centres in Machakos were being manned by a single police officer while the government had paid for at least two police officers.

“There are reasonable improvements but we must still reemphasize the issue of security and integrity for our examinations. These are irreducible minimums. We must have at least two armed security men per centre manager,” he said after overseeing the distribution of examination materials at Machakos town.

He said the move is meant to rule out cheating in the examinations and insisted that the government will not relent in curbing any attempts to cheat.

He directed those monitoring the examination to be extra vigilant to ensure that no cheating take place.